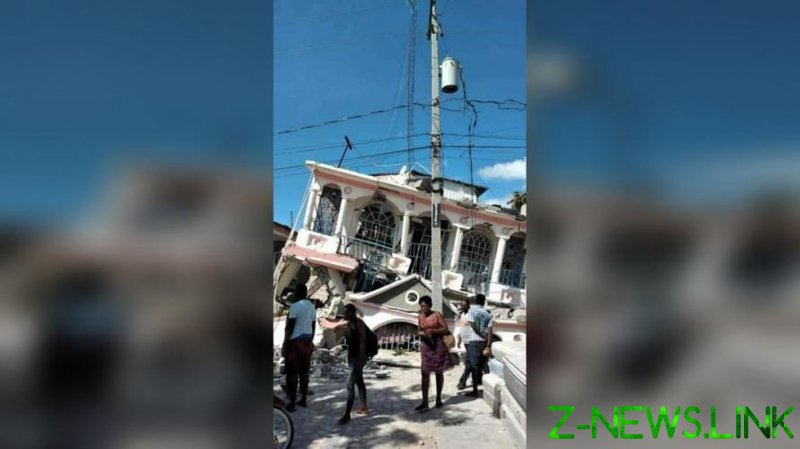 17 of these deaths were recorded in the region of Grand-Anse, nine in the town of Cayes, and three in the area of Nippes, where the quake’s epicenter was located, officials added.

The death toll will likely rise as search and rescue efforts continue. The United States Geological Survey (USGS) issued a red alert for estimated casualties, stating that “high casualties are probable and the disaster is likely widespread.”

Haitian Prime Minister Ariel Henry has declared a state of emergency for one month, and said earlier that he would mobilize “all the resources” of his administration to help, while, in Washington, President Joe Biden has authorized a US response under USAID Administrator Samantha Power.

Buildings collapsed and streets were littered with debris in several Haitian towns, while the shockwave was felt as far afield as Cuba and Jamaica.