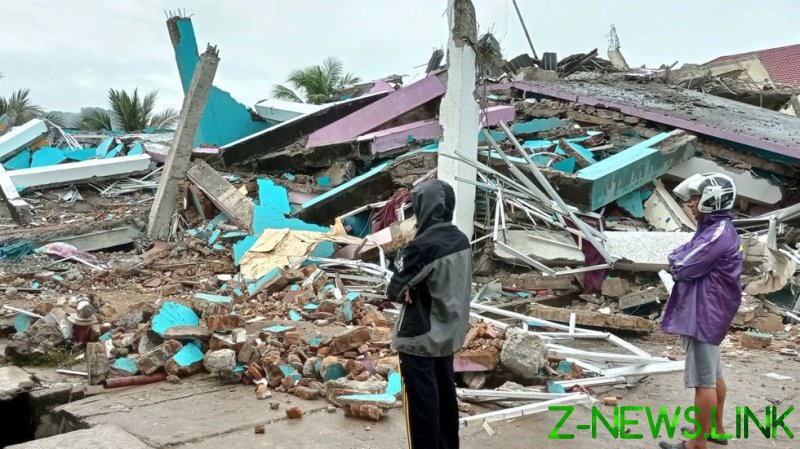 A strong quake struck near the town of Mamuju early Friday morning, causing devastation on West Sulawesi and leaving at least 26 dead, according to Indonesia’s disaster agency. Reuters reported that around 600 were injured in the jolt, which had a shallow depth of just 18 kilometers (11 miles).

Among the wreckage are scores of homes, a major hospital, and the office building of West Sulawesi’s governor. Photos and footage of the destruction have circulated online and in press reports.

Rescue efforts were mobilized after more than 12 patients and hospital personnel were trapped under the rubble.

Dozens of secondary seisms have also been reported after the initial earthquake, with one major aftershock noted later on Friday near Sofifi, 985km (621 miles) from the initial disaster site. According to Dwikorita Karnawati, director of the Indonesian Agency for Meteorology, Climatology and Geophysics, at least 26 smaller quakes had hit the area since Thursday afternoon. 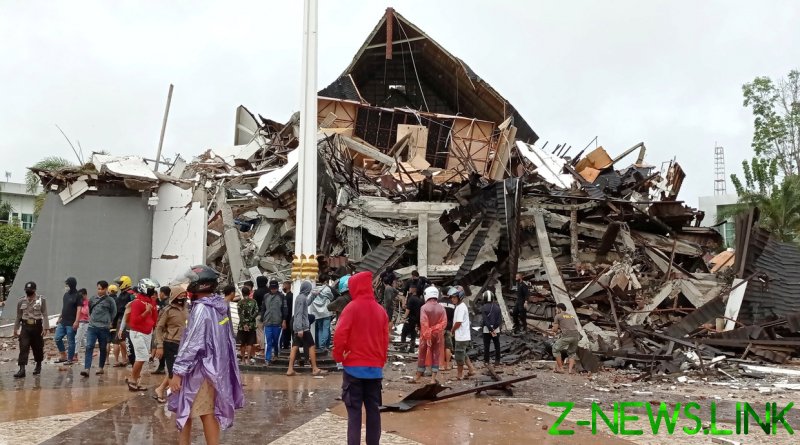 The head of Indonesia’s disaster management agency, Raditya Jati, said that up to 2,000 residents have evacuated the area, some finding refuge in temporary shelters, adding that for first responders and victims of the quake, “urgent needs are in the form of basic necessities, blankets and mats, family tents, medical services and tarps.” Jati also noted that the power grid was knocked out by the jolt. 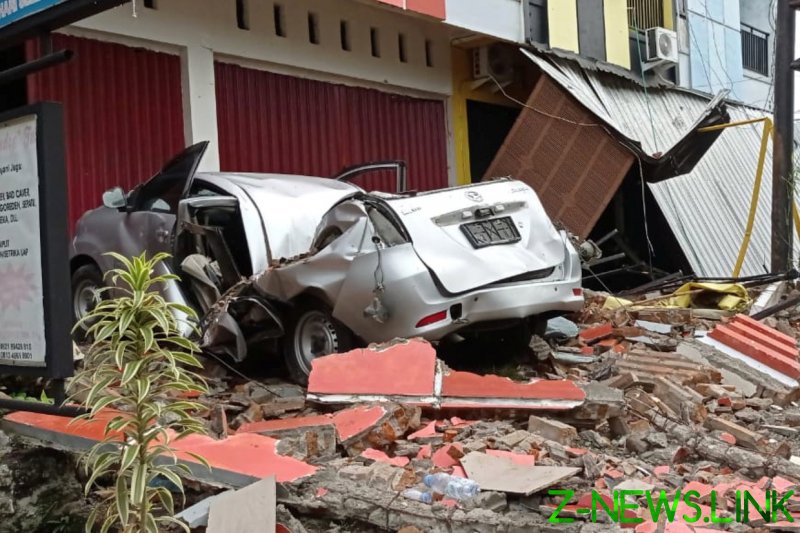 Located along the Pacific Ring of Fire, a highly seismically active region, Indonesia is particularly prone to strong quakes, volcanic eruptions and tsunamis. In 2018, a 7.5-magnitude earthquake on Sulawesi triggered a vast tidal wave, ultimately killing more than 4,000 people. Prior to that, a 2004 tsunami from the Indian Ocean rocked the Indonesian coast and a number of other countries, killing around 230,000 in total.