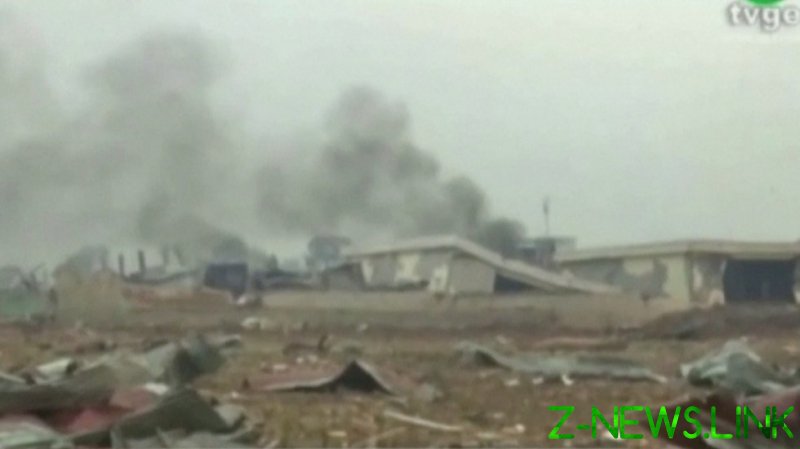 The explosions shook Bata on Sunday evening, and, according to local media, all occurred within the military base located in the port city. Disturbing video footage shows smoke rising from the blast site and women crying, as some of those injured are seen being helped away from the scene. Dust and debris fills the sky and litters roads.

In a statement on national television, President Teodoro Obiang blamed the explosions on the negligent use of dynamite at the base.

Local television station TVGE has reported at least 20 victims so far. Local hospitals are reportedly overwhelmed by the influx of injured people.

Equatorial Guinea was a Spanish colony until 1968. Its oil industry has made it the richest country by gross national income in Sub-Saharan Africa, but its wealth inequality is among the highest in the region. The nation has recently been struggling with both the spread of Covid-19, and the global fall in crude oil prices, on which the state relies for the majority of its revenue.