Home / WORLD / At least 13 arrested as rioting resumes in Barcelona over jailing of rapper who praised terrorists, insulted monarchy (VIDEOS) 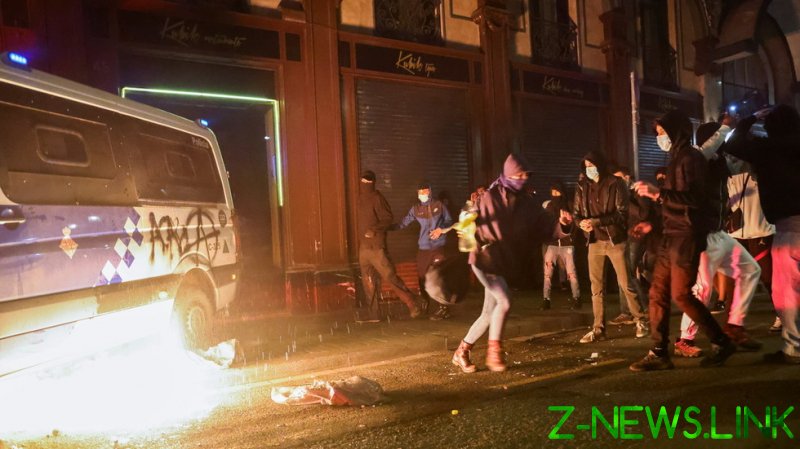 Video footage posted Saturday on Twitter shows men in dark hoodies dousing a police van with flammable liquid to stoke a larger fire. El Mundo newspaper reported that a driver was inside the van as the rioters caused the fire to spread.

Video shot from another angle near the same scene shows people throwing bottles, flares and other objects at a group of police vehicles and spray-painting the vehicles with anarchist symbols.

The larger fire is then sparked as a person throws flammable liquid on the van. 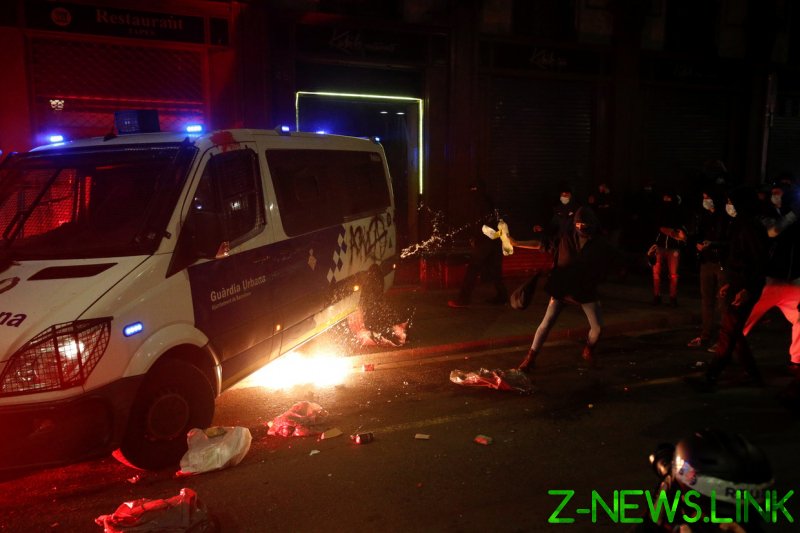 A demonstrator sets fire to a police van © REUTERS/Albert Gea

A still photo by the Associated Press shows a hooded man spraying flammable liquid through the broken window of a bank to cause a fire inside to expand.

The moment demonstrators shattered the window of a Zara clothing store was captured on video as well. 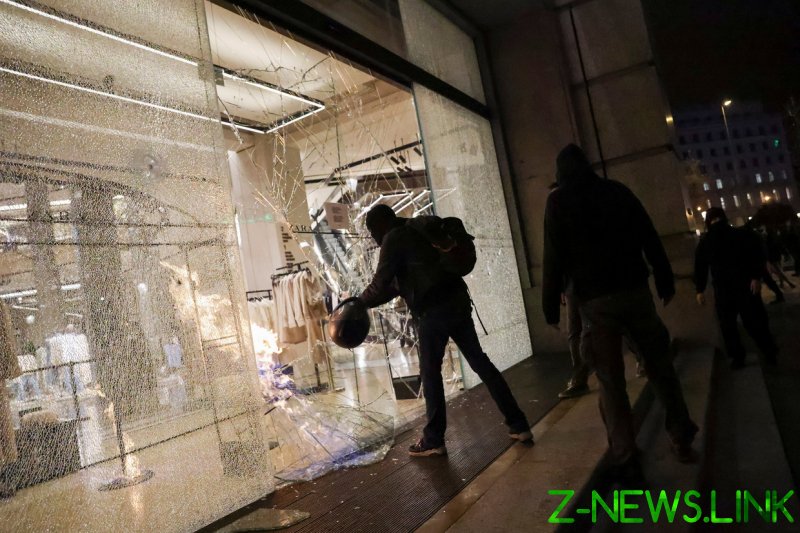 The rioters have also ignited fire at the entrance of a posh hotel, after smashing the huge glass doors of the building.

Footage from another scene shows police moving quickly together to arrest a woman demonstrator in the street as she yells for help. The clip doesn’t show what led up to her arrest.

Saturday’s violence followed two relatively quiet nights in Barcelona, as the city got a break from the demonstrations. Protests began in Barcelona and Madrid after Hasel was arrested on February 16. The rapper, whose real name is Pablo Rivadulla, was jailed over a 2018 conviction. A court found that his social media posts and lyrics praised Spanish terrorist groups and mocked Spain’s royalty, in violation of the country’s so-called “gag law.”