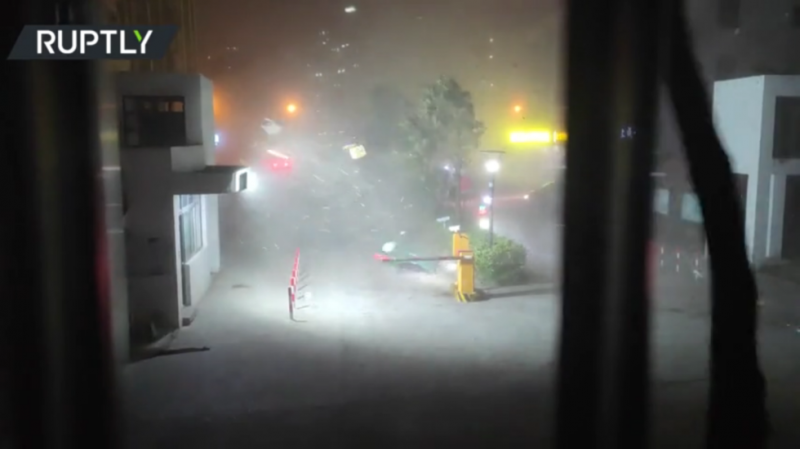 Ferocious winds uprooted trees, ripped the facades from buildings and filled the streets with lethal debris.

The majority of the people killed were hit by falling trees and telephone poles or were blown into the Yangtze river which winds through the city of over eight million people located roughly 62 miles (100 km) from Shanghai.

Meanwhile rescue operations continued on Saturday to find nine missing crew members from a fishing boat that capsized during the storm. So far, two other members have already been successfully rescued.

Some 3,000 people have been evacuated from the city as marble-sized hailstones pelted the area.