At least 11, including civilians, killed in reported ISIS attack on security post west of Baghdad – report 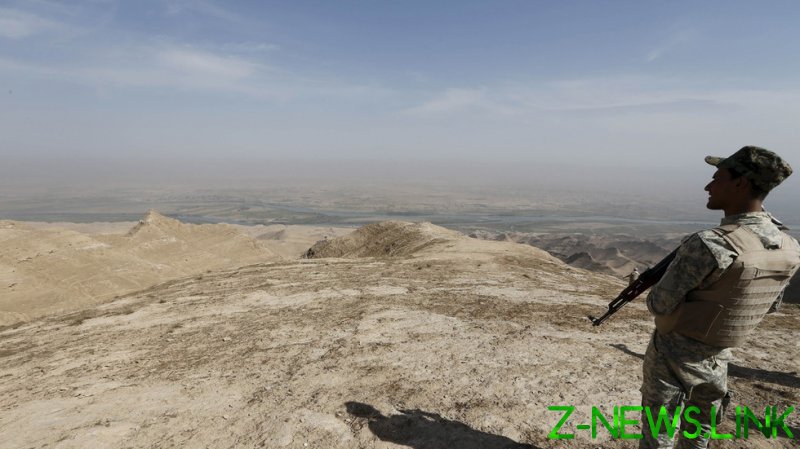 The attack took place in the area of al-Radhwaniya late Sunday, as militants attempted to take control over a monitoring outpost, overlooking the outskirts west of Baghdad, the agency reported, citing security sources.

The militants who descended on the tower in four vehicles targeted the outpost with grenades and rained down fire on the members of tribal Hashed forces, affiliated with the Iraqi government. The showdown apparently prompted locals to come to help fend off the onslaught.

“ISIS attacked the monitoring tower, killing five members of the tribal Hashed and six local people who had come to help repel the attack,” it cited a security source as saying.

Apart from 11 people that were killed in the assault, eight others were injured and taken to hospital, according to health officials. The Iraqi army and police have launched a manhunt for the attackers, Reuters reported, citing sources.

The site of the attack is located some 22 km (14 mi) to the south of the Baghdad International Airport.

The Iraqi government declared a victory over the Islamic State (IS, formerly ISIL/ISIS) as far back as in December 2017 after three years of fierce fighting with the self-proclaimed “caliphate,” which seized around a third of the Iraqi territory in 2014, left parts of the country in shambles.

While by the end of 2017 the Iraqi government managed to recapture the swathes of territory once held by the militants, the bombing campaign by the US-led coalition has left a trail of destruction, with Mosul, once a city of about 1,8 million people,  turning into a pile of ruins and a symbol of devastation suffered by the Iraqi people after it was “liberated” by the international coalition together with the Iraqi military in July 2017.