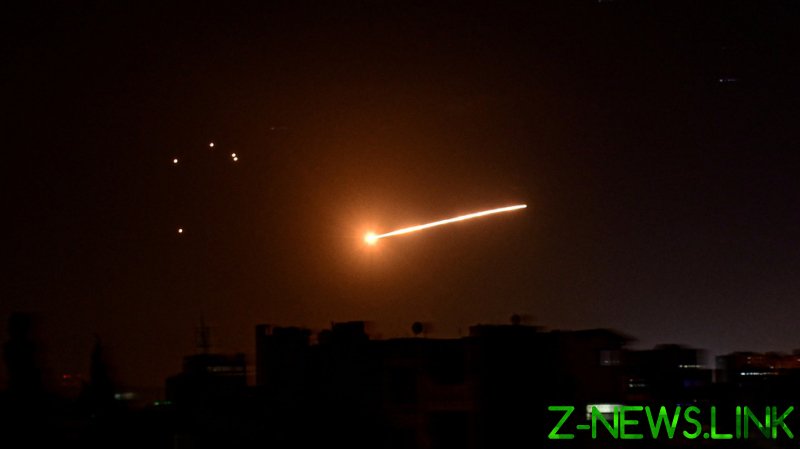 SANA named the targets of “Israeli aggression” as Al-Haffah, a town just northeast of Latakia, and Masyaf, located halfway between Tartus and Hama. The attack took place shortly after 3 am local time on Wednesday.

SANA reported that the Israeli missiles struck a “civilian warehouse of plastic materials” in the Latakia countryside, killing one civilian and injuring two.

Israel routinely launches missile strikes into Syria, against what Tel Aviv has called “Iranian targets.” Iran has been allied with the government in Damascus against Islamic State (IS, formerly ISIS) terrorist group and other militants, some affiliated with Al-Qaeda.

The most recent strike, on April 22, targeted the vicinity of Damascus. A Syrian air defense missile fired in response ended up exploding on the ground near the Dimona nuclear complex in southern Israel.

Russia sent an expeditionary force to Syria in September 2015, responding to a request from Damascus for assistance against IS and other terrorists. The main base of Russian aerospace forces in Syria is at Khmeimim, southeast of the city of Latakia. Moscow is also leasing the naval facilities at Tartus. Israeli jets normally avoid these facilities, but Wednesday’s strikes came unusually close.