ASUS presented a new version of the flagship Zenfone 6 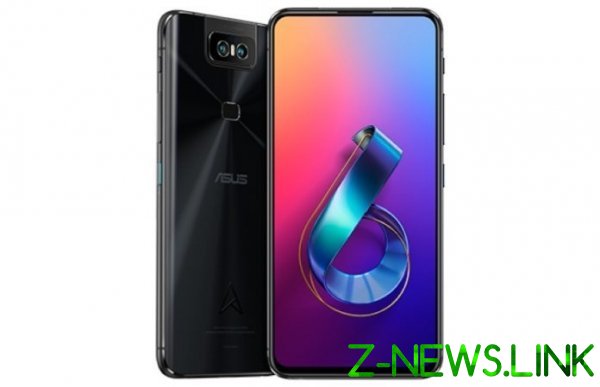 Flagship smartphone, the Zenfone 6 was launched less than 2 weeks ago and is considered the best phone of ASUS to date.

Today ASUS has introduced a fourth option, which got more RAM and permanent memory. A limited version of the device was released in honor of the 30th anniversary of the company, which is called Zenfone 6 30th Anniversary Editon.

A new version of the flagship range comes with 12 GB of RAM and 512 GB of flash memory. With a dedicated MicroSD card slot the user can be almost 1 TB of space. In addition to increasing the amount of memory the new version of the phone also has a matte black finish with a familiar concentric design ASUS and special logo for the anniversary.

We also have a special edition #Zenfone 6 to celebrate our 30th year as a company. #computex2019 #WiserTogether pic.twitter.com/wb3VWAH4HL

Other features are the same as the original model. 6.4-inch LCD Nano Edge IPS display with protection Gorilla Glass 6 and the aspect ratio of 19.5:9, Snapdragon 855, battery 5000 mAh with Quick Charge 4.0 and 48-MP + 13-MP dual rear camera, which rotates and can be used for shooting selfies. ASUS also promised that the phone will be updated to Android Android Q and R.

The Network has shown a laptop with the most dangerous viruses

ASUS did not disclose any details of prices and availability of new products. But the company said that the world will be available to only 3000 units of Zenfone 6 30th Anniversarу.