Astronomers have named the date for the next big stargazing 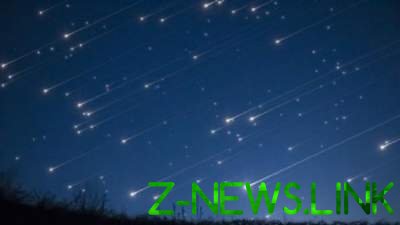 Natural phenomenon will last from 6 to 10 October.

From 6 to 10 October, our planet will be in the way of an annual meteor shower called the Draconids. In the night from 8 to 9 October, it will reach a peak of activity, therefore, the inhabitants of the Earth will observe a spectacular meteor shower.

Astronomers claim that the meteors from this stream fly far across the sky, they are very bright, very slow, and reddish. The draconians unlike other meteor showers flying passing rate relative to our planet, and so speed their entry into the earth’s atmosphere is relatively low – about 20 km per second. This explains their reddish color – they just don’t have time to overheat hot. Photos of them make great. Usually for a couple of minutes it is possible to detect at least one meteor from the Draconids.

To predict their number in the time very hard – in past years, scientists are not just wrong, predicting too weak activity stream. However, it has also happened that, when projected in the 15-20 flashes their number reached about 300 per minute! This year, the astronomers promise that you will see from 20 to 100 meteors per hour.