Astronomers have found a star swallowed a dozen planets 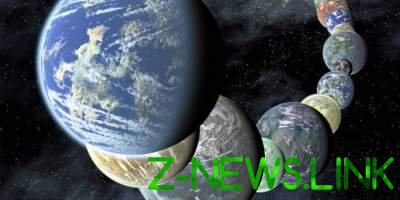 Discovered similar to the Sun star, which might have consumed a dozen or more of their planets the size of Earth.

Researchers have named a star of Kronos, in honor of the Titan of Greek mythology who ate his children for fear that they toppled him.

Kronos belongs to a binary star system located at a distance of 350 light years from Earth. Astronomers have discovered a feature of the star by comparing its chemical composition with the composition of her astral twin, named Chrisom, according to Greek mythology, was the name of the elder brother of Kronos.

The results showed that Kronos unusually high level of rock-forming minerals, worth a total of around 15 Earth masses. Both stars – HD and HD 240429 240430, respectively – about 4 billion years, and they are yellow dwarfs. First, astronomers doubted whether the two stars actually a binary system because they are located at a distance of two light years from each other. But further research confirmed that the stars have the same radial velocity. Their movements coincide, and this is a key indicator star system.

The most amazing star Duo that stars are composed of radically different materials. The study showed that the Kronos has an unusually high level of minerals such as magnesium, aluminum, silicon, iron, chromium and yttrium metals, which constitute a large part of rocky planets such as Earth. Thus, the composition of Kronos not so much volatile compounds, such as oxygen, carbon, nitrogen and potassium. This is quite strange, especially because rock-forming minerals were concentrated in the outer layers of Kronos, and not to the entire star.

In addition, the researchers confirmed that the types of minerals in the outer layers of the star harden at higher temperatures – a characteristic feature of rocky planets formed closer to their parent star than the gas giants. Therefore, Kronos, according to scientists, absorbed around 15 planets of earth mass, other explanations for the simulation are not given.