Astronomers captured an unusual object in the Solar system 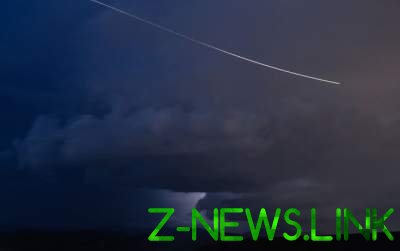 American astronomers have recorded an unusual object that flew into the Solar system from the star VEGA.Preliminary observations allowed to assume that this comet, but further observation make us think that we have before us an asteroid.

Object called C/U1 2017 was first discovered on October 18 Observatory PANSTARRS 1. This celestial body is now between the orbit of mercury and the Sun, at a distance of about 5 times smaller than the distance between the sun and Earth. Scientists were able to determine the size of a celestial body about 400 meters in diameter.

“If further observations will be able to confirm the unusual nature of this orbit, this object may be the first clear case of interstellar comets,” – said the Deputy head of the International astronomical Union, Gareth Williams.

Name C/U1 2017 celestial body received because he first thought it a comet (C). However, on 25 October, new data from the telescope in Chile revealed the guest of our Solar system the characteristics of comets. Now the object is called A / 2017 U1, where A means “asteroid”. It is noted that for the first time in the history of the asteroid “reclassified” potential comet.

See also:  In Kiev have detained the unusual robber

Astronomer Leonid Elenin noted that this is an extremely rare event: “it Happens that asteroids are comets, but the opposite situation in my memory was the first time”.