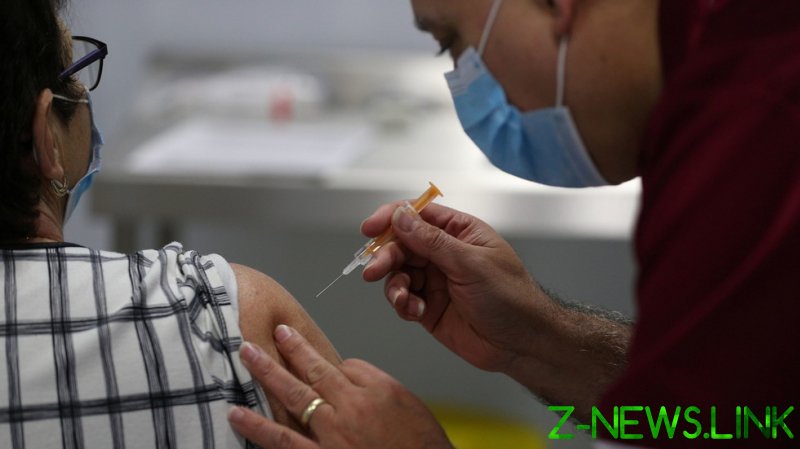 Two German outlets, Handelsblatt and Bild, cited government sources alleging that the AstraZeneca/Oxford drug has a poor performance record with senior citizens. Bild reported that among adults 65 and older, efficacy was “less than 10 percent,” while Handelsblatt put the figure at eight percent. The papers claimed that due to the worrying data, German officials did not expect the European Medicines Agency (EMA) to approve the drug for use on over-65s.

In a written response to the reports, AstraZeneca said the claims about lackluster efficacy were “completely incorrect,” noting that in the UK the drug received emergency approval for the age group in question. The British-Swedish pharmaceutical company also pointed to data published in The Lancet in November, which demonstrated that “older adults showed strong immune responses to the vaccine, with 100 percent of older adults generating spike-specific antibodies after the second dose.”

AstraZeneca sought EU regulatory approval for its vaccine last month, and a final decision is anticipated by the EMA as early as this week. German Health Minister Jens Spahn stressed on Tuesday that European authorities would closely examine all available data before making a determination, but declined to comment on the reports about the vaccine’s alleged poor results among the elderly.

AstraZeneca has already found itself in hot water with Brussels, after the firm announced that there would likely be delays in delivering doses of the vaccine to member states once the vaccine receives approval, due to reduced yields at a manufacturing site used to supply the EU.

In August, the EU paid the pharmaceutical €336 million ($409 million) in order to secure 300 million doses of the drug. Production issues could result in as few as 31 million doses being initially delivered to the bloc, according to EU officials speaking to the media.

The EU has already given the green light to two other vaccines, developed by Moderna and Pfizer/BioNTech.