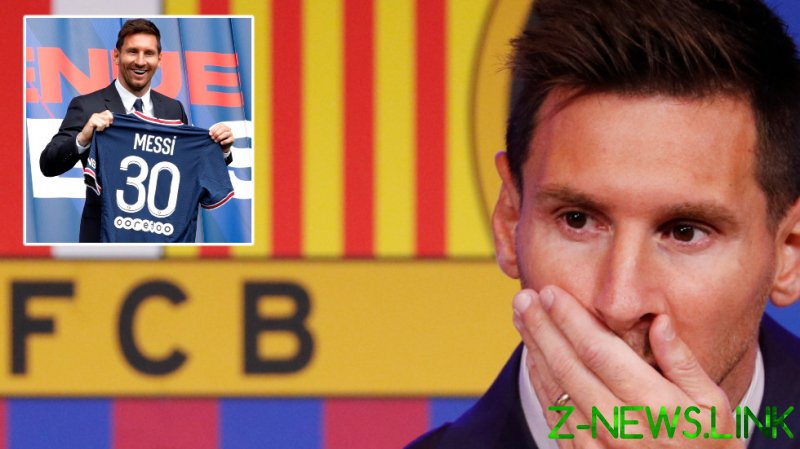 Messi ended a 21-year relationship with the Catalans by accepting a two-season deal with the Ligue 1 giants over the weekend which was signed upon his arrival in the French capital on Tuesday.

But his connection to his boyhood club is far from done, especially when it comes to the reported contractual commitments made by the financially-troubled club.

Back in February, Madrid-based publication El Mundo leaked details of Messi’s contract that alleged he would be paid $652 million between 2017 and its latest expiry on June 30 this year.

Messi is said to have been due several other payments concerning items such as “the loyalty he had shown to the club throughout his career”, for which he obtained $77.5 million in February 2020, say El Espanol.

A year earlier he reportedly received $14 million, but half of the total amount is still said to be owed while the club have deferred payments twice.

They are understood to have paid the first half in June 2020, when players were asked to defer their salaries at the height of the coronavirus pandemic, but the rest was reportedly meant to be coughed up in the same month this year as Messi embarked on a victorious Copa America campaign with Argentina.

“This sounds like a totally fake story”, said one well-connected European footballer reporter as he reproduced the news – but it appears to be legitimate and is testament, he says, to Barcelona’s “general financial mismanagement” which has “been so astonishingly inept, [that] nothing should really be surprising anymore.”

The concept, however, of paying players loyalty bonuses despite fleeing to European rivals is nothing new, with Messi’s case echoing that of the superstar teammate he has been reunited with, Neymar.

When the Brazil striker left for PSG in 2017 after his $259 million release clause was activated, Neymar and his agent, father Neymar Sr, eventually took Barca to the courts over their loyalty bonus in a nasty battle that dragged on and was only settled recently.

“Barcelona have ended out of court, in amicable fashion, the various labor and civil litigation cases that were open with the Brazilian player Neymar,” the club said in a statement last month.

Before that, the father-and-son duo had been countersued by Barca for breach of contract and demanded the return of $16.5 million already paid to the 29-year-old, plus an additional $10 million in damages with interest.

A judge sided with the Blaugrana and ordered the Santos academy product to pay $8 million back, with an appeal also thrown out – and some fear a similar wrangle could play out between Messi and the club now headed by president Joan Laporta.

El Espanol say there have been “conversations” between the two parties “to know precisely the status of these payments and clarify how and when they will be made”.

With Barca thought to be spending 95 percent of their revenue on salaries alone, that could prove another significant financial headache for the Liga heavyweights.