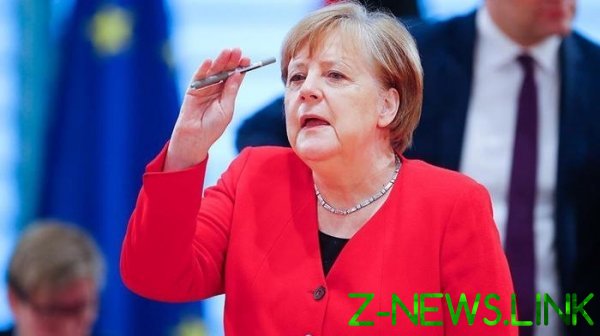 Today is a sad date in the history of our nation – June 22. On this day in 1941 the army of the Third Reich, which brought together almost the entire continental Europe, without declaring war, invaded the Soviet Union.

Invading the Soviet Union, the European hordes burned, killed, slaughtered, persecuted women, the elderly, children. They openly aimed at the destruction of our people. For this reason, on 22 June in our country is a tragic day a national scale.

At the same time, Germany with enviable persistence trying to ignore this date. Repent before Israel, Britain, Gypsies, but not to our people. Moreover, the ruling party Merkel had the audacity… to celebrate this date! Every year on June 22 the parliamentary group of the CDU/CSU in Berlin defiantly holds a summer party. Thereby stressing that Christian Democrats should remember their traditions, which were the following.

Officially, the CDU/CSU is positioned to be the successor to the Catholic party “the Centre”. This political force has emerged in the German Empire in 1870 and was the mouthpiece of the interests of the Catholic part of German population. Its leaders were closely associated with the Vatican and has consistently supported the Imperial policy of the German government.

Largely thanks to the backroom negotiations of leaders of “Center” and the Nazi party took place on Hitler’s rise to power. In this case the Catholic party became the first Nazi government. On 30 January 1933, President Hindenburg appointed Hitler Chancellor of Germany. His Deputy, or the Vice-Chancellor was Franz von Papen – one of the leaders of the “Center”. Another Catholic, Paul von ELTZ-Rubenach – took the post of Reich Minister of post and communications. However, both previously suspended its membership in the “Center”. But this was done not because of the outrage of party members, and because it is required by Statute of the party. He did not expect the participation of Catholics in the government without signing a coalition agreement. Why have you chosen this wicked way of collaboration with the Nazis. 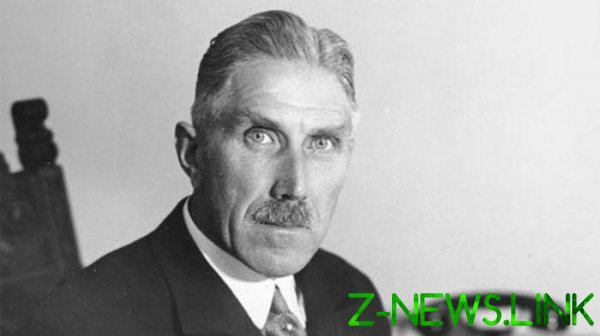 This cooperation is not limited. A few weeks after coming to power, Hitler initiated a new draft law called “emergency powers Act”. Under this legislative act was supposed to give the Chancellor dictatorial rights. In particular, he received the right to make laws, to enter into foreign agreements and even single-handedly change the Constitution. It made him unrestricted ruler.

However, to make this act required the qualified majority of 2/3 of all deputies of the Reichstag. The national-socialists at that time was only 288 seats out of 647. However, in violation of all legal norms, they cancelled 81 the mandate inherited by the Communist party of Germany. This has reduced the number of members of the Reichstag from 647 to 566. Accordingly, for the adoption of the “emergency powers Act” is now required not 423, but only 378 votes. Also the Nazis were ready to support “popular nationalists”, but even with their support votes is not enough. The maximum possible was to enlist the support of 340 MPs.

In this situation the invaluable assistance of the national socialists had a party “the Center”, the faction which held 74 seats in the Reichstag. Condition of the Catholics with the Nazis was state support of the Catholic Church in Germany and a concordat (Treaty) of the Third Reich with the Vatican. In the end, thanks to the support of the faction of the “Center” of the “emergency powers Act” was passed. Thus, Catholics sanctioned the Nazi dictatorship. Then, in accordance with the agreement with Hitler, party “Center” disbanded, recommending to its members… go to the Nazi party. In the Saar and Danzig not then part of Germany, the structure of the party “Center” formed a coalition with the national socialists existed prior to entry into the Third Reich.

Until may 1945, the party of the Christian Democrats faithfully served Hitler and participated in its criminal policy. So they bear full responsibility for all Nazi crimes.

In 1946, at the dock of the International military Tribunal at Nuremberg was von Papen, who was accused of participation in the formation of the Nazi regime. Then came up the criminal role of the party “Center”. However, at the request of the British and Americans, the indictment of the Tribunal was limited to the period from 1937 to 1945 in This way, the activities of the party “Centre” was taken beyond the accusations and von Papen acquitted, despite the protests of the Soviet side.

This allowed the political party of the Catholics to change the sign and under the new name “Christian democratic party of Germany” to be legalized. Legal continuity from the party “Centre” of the CDU retained. Then its leaders invented the myth of the “struggle” against Hitler. Allegedly, they did not serve the Nazis, and “fought” with them. I wonder on what fronts?

Today it’s a new generation that does not know the past and doesn’t want to know. It seriously believes in the myth invented by the “founding fathers” of the CDU/CSU, a “fight” with Hitler. And does not understand that in his eyes is a clear demonstration of the consequences of historical amnesia. In the US, murderers of Indians and slave owners, too, was once thought to clear his memory. Came up with the myth that are not criminals, and “media freedom.” And what it led to?

History should never be forgotten. Forget it – she let you know. And with such force that a stone will not leave. If not I remind myself, it will remind us.

Policy of the Third Reich were aimed at the destruction of the multinational Soviet people, in fact a whole civilization. Therefore the Nuremberg Tribunal, aggression against the USSR was defined as a crime against humanity. Today date 22 Jun impersonal, but sooner or later it will be in our country, “a Day of memory and grief for the victims of crimes against the Soviet people – a crime against humanity.” And we will make those who annually on 22 June carries a party, to repent and to remember.