Assassin’s Creed: Origins will be several levels of difficulty 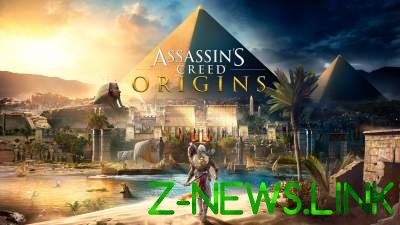 For the first time in the history of Assassin’s Creed in Origins you can choose the difficulty level that fits you more.

Studio Ubisoft Montreal has repeatedly stressed that Assassin’s Creed: Origins is not just a continuation of the famous series, but rather its rebirth. After taking an extra year to the production of the game, the developers largely decided to change the usual gameplay elements and even added a new one.

For example, for the first time in the history of Assassin’s Creed in Origins you can choose the difficulty level that fits you more.

As explained by the head of the project Ashraf Ismail (Ashraf Ismail), when creating the history Baleka team knew that the franchise’s huge army of fans. One of them plays for the sake of historical context, some for the plot, and some just enjoy the gameplay. So Ubisoft made a decision to focus on the broadest possible audience and, therefore, to add different levels of difficulty, that being said, yours and ours.

With all this, according to Ismail, you will not have to choose any one option from the beginning. You can join the game with normal settings and then go to change them. Moreover, to simplify your task will be at least one point — say, during a battle with a particularly difficult boss.

The game Director of Assassin’s Creed: Origins draws your attention to the fact that the easy difficulty level doesn’t mean you don’t have anyone to fight (you’ll have to wait for the cognitive mode Discovery Tour). Just enemies and wild animals you will meet on your way will not be as aggressive.