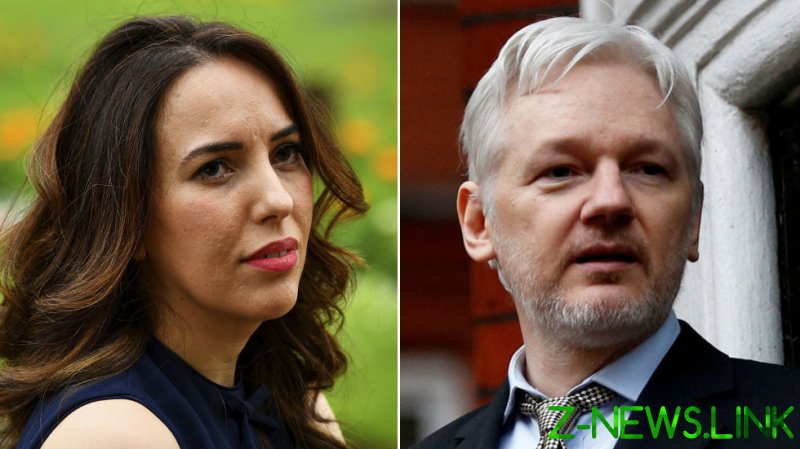 Moris, a lawyer who began her relationship with Assange during the years he spent claiming political asylum in the Ecuadorian embassy in London, told German news agency DPA that the couple has been engaged since 2016 and will press ahead with their wedding plans, even if it means getting married in the maximum-security London prison. Moris and Assange have two sons, aged four and two and a half.

She acknowledged, however, that the “bureaucratic process” to obtain permission for the ceremony would take time, and that the ceremony has been further complicated by Covid-19 restrictions. Apart from needing to obtain relevant documents from their respective home countries, there is concern that the marriage could be hampered by the fact that Assange’s UK visa has expired. It’s also unclear if any guests would be allowed to attend the prison ceremony due to the health crisis. In theory, Assange could be let out of Belmarsh for a day so that he could get married, but there is already a large backlog of delayed weddings due to the country’s lockdown.

Assange has spent more than two years behind bars at Belmarsh. The US government has charged the Australian journalist under the Espionage Act, accusing him of leaking classified information in 2010. At the time, WikiLeaks published documents detailing abuses, including possible war crimes, carried out by the US military in Afghanistan and Iraq. Washington is currently seeking his extradition, and Assange could be jailed for up to 175 years if found guilty.

However, a British court recently denied the US extradition request, citing concerns about his mental health and wellbeing.

Earlier, Moris urged US President Joe Biden to release her fiance, arguing that his release would signal a clear break from Donald Trump’s legacy. She also stated that the United States could not continue its prosecution against Assange while simultaneously claiming to defend global press freedom.

At the beginning of June, UN Special Rapporteur on Torture Nils Melzer called on the UK government to release the journalist, condemning his incarceration as “one of the biggest judicial scandals in history.”