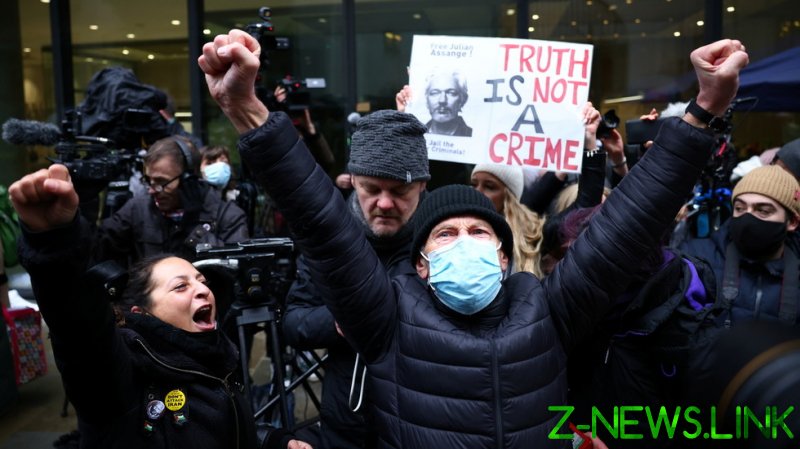 Assange, 49, is charged with 18 counts of conspiring to hack US government computers and the publication of confidential military records, including a video of a 2007 Apache helicopter attack in Baghdad in which a dozen people, including two Reuters journalists, were killed.

In her ruling Baraitser said that freedom of speech rights do not provide “unfettered discretion by Mr Assange to decide what he’s going to publish”.

However, in a decision which shocked many, including Assange’s own supporters and legal team, Baraitser found that extradition would be oppressive given Assange’s mental health.

While Baraitser said that she felt Assange would be afforded all legal and constitutional protections while on trial in the US, she felt that conditions in the US prison system would exacerbate his already fragile mental health and potentially place his life at undue risk.

“Faced with conditions of near total isolation … I am satisfied that the procedures (outline by U.S. authorities) will not prevent Mr. Assange from finding a way to commit suicide,” she said.

According to Assange’s legal team, he could face decades behind bars if found guilty of these charges, which also include the release of secret US diplomatic cables. The charges carry a theoretical maximum sentence of 175 years in prison, though prosecutors claim he would face no more than 63 months in jail. 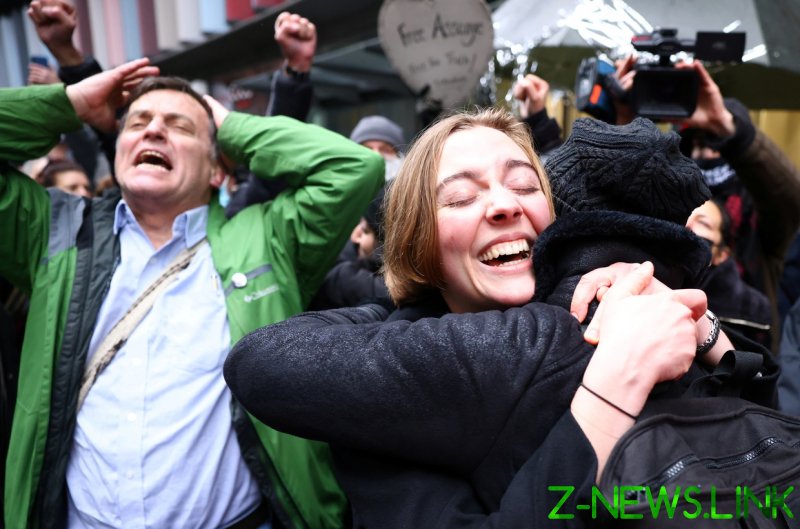 Handing down her judgement, Baraitser said the impact of Assange’s extradition to the US on his family, partner Stella Morris and their two sons Gabriel and Max, would be “sadly nothing out of the ordinary.”

Throughout his trial, Assange’s defence team claimed the decision to extradite and prosecute their client was politically motivated, “during a unique period of US history under the Trump administration.”

Baraitser found insufficient evidence that the charges were pressurized by the Trump administration.

The judge said that the alleged offences went beyond “encouraging a journalist,” and instead constituted a conspiracy to crack secure passwords.

She rejected the defense argument that the case should be governed by the extradition treaty but instead referred to the Extradition Act of 2003 as the presiding document on which her decision was based. The act removed the bar on extradition for political offences.

Baraitser highlighted the fact that Assange maintained communications with Chelsea Manning for months and quoted him as telling her “curious eyes never run dry,” when she told him she had no more classified information to give him. She subsequently downloaded hundreds of thousands of State Department cables which Assange then published unredacted, according to the judge.

Judge Baraitser also cited numerous arguments added to the superseding indictment that was issued past the deadline by the US prosecutors to which the Assange defence team were not allowed to respond or question, while also repeating prosecution claims that the leaks had put lives at risk, claims which were disproven in a separate trial of Manning.

Assange’s lawyer Edward Fitzgerald said that US prosecutors have indicated they will appeal the ruling. Fitzgerald said he would apply for bail for Assange on Wednesday, pending that appeal.

The decision is expected to be appealed in London’s High Court, with the possibility it may be taken as far as the UK’s Supreme Court, delaying the legal saga which began with Assange’s arrest outside the Ecuadorian Embassy in London on April 11, 2019.

Assange fled to the embassy in 2012 when Swedish prosecutors sought his extradition over alleged sex crimes. He would ultimately spend seven years in exile at the embassy before being given up to UK police.

Throughout his trial, his family, legal team and supporters have said Assange’s detention at Belmarsh prison was tantamount to torture, citing his deteriorating physical and mental health, exacerbated by a Covid-19 outbreak at the high-security facility in south-east London.