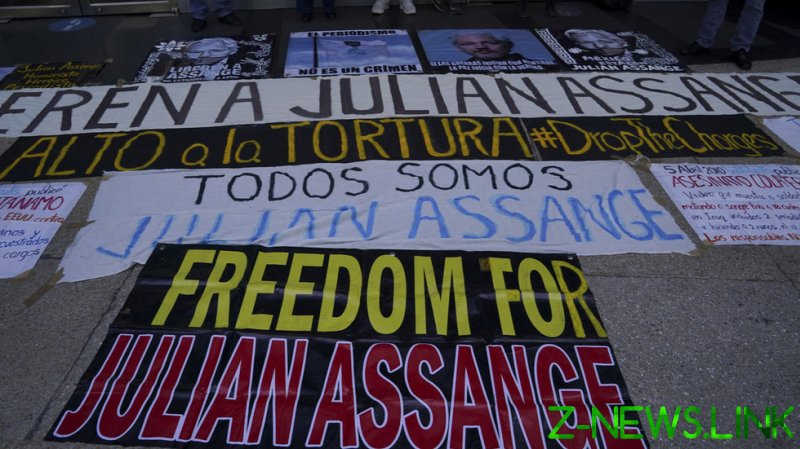 Mexican President Andres Manuel Lopez Obrador said he sought a pardon for Julian Assange under the Donald Trump administration but was ignored, while reiterating an asylum proposal he first floated last year.

President Obrador described efforts he made to secure the anti-secrecy activist’s freedom and repeated an offer for political asylum during a Monday press conference, following a December 10 decision by the UK High Court of Justice which ruled that Assange could be extradited to the United States on a series of espionage charges linked to his publication of classified material.

“It would be a sign of solidarity, of fraternity, to allow him asylum in the country that Assange decides to live in, including Mexico,” he said, noting that while his office had sent a letter to the Trump administration regarding a pardon for Assange, it never received a response.

Should Assange be permitted refuge in Mexico, he would not interfere in other nations’ affairs and would pose no threat, the president claimed.

Obrador’s offer for asylum was initially made almost exactly one year ago, and also coincides with the anniversary of a ruling by a lower UK judge who sided with Assange and decided he should not be extradited to the US.

However, while a British high court overturned that decision last month, the case has now been remitted back to the Westminster magistrates court, where Assange’s legal team says it plans to appeal the ruling.

The US Department of Justice has charged the WikiLeaks co-founder with 18 counts related to publishing US military and diplomatic secrets – including under the World War I-era Espionage Act – some of which revealed evidence of war crimes by American forces overseas. While the government insists Assange’s work has put lives of US personnel at risk, supporters dispute that claim, arguing WikiLeaks’ activities are no different, in principle, from the investigative journalism published in major media outlets, including the use of leaked classified documents.