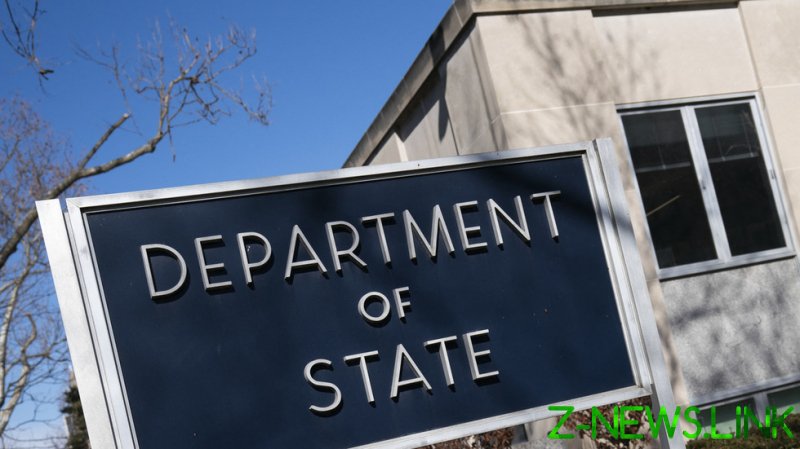 The State Department has received “roughly” 73,000 doses of the US-made Pfizer and Moderna vaccines, but “declined to say” how many of its estimated 75,000 employees it has vaccinated, the Washington Post reported.

Some of the diplomats stationed in Moscow have asked Russia for its Sputnik V vaccine, after Foggy Bottom “could not promise delivery” of American vaccines “in the near future,” the paper added.

To the Post, this was a scandal because Sputnik V has not yet been approved by the US health authorities or the World Health Organization, even though its effectiveness has been confirmed by peer-reviewed scientific studies.

Some 21 countries have offered to share their own supply of US-made Pfizer or Moderna jabs with American diplomats, and Foggy Bottom has already accepted 13 offers, the paper reported.

“It’s embarrassing for the world’s richest country to require the charity of other nations when it comes to vaccines… especially when you consider that the best vaccines were made in the US,” the Post quoted one US diplomat posted to the Middle East, who remained anonymous just like every other source in the article.

Meanwhile, some diplomats have complained that the department is “prioritizing domestic workers” posted in Washington and New York, “with no real plan for the rest of us,” including staff posted in high-risk countries. Health staff from embassies abroad has been “hollowed out” to assist with vaccinations in DC, another diplomat said.

State Department “leaders” have denied “disproportionally” benefiting Washington employees but told the Post they were implementing “tougher vetting” of who gets the vaccine in the US.

According to the paper, Foggy Bottom requested 315,000 total doses from the US Department of Health and Human Services, but has received only 23 percent of that in three separate batches so far.

The first tranche primarily went to US employees on the East Coast, but some was sent to Afghanistan, Iraq and Somalia. The second covered passport offices in the US, but also diplomats in West Africa, Mexico and Turkmenistan. Most of the third allotment will go to eastern and southern Africa, the Post reported.

It was unclear from the report how many, if any, vaccines would go to local staff employed by the US embassies around the world. So far, 42 of them have died of the coronavirus, along with five US employees, based on what the newly appointed Secretary of State Anthony Blinken told the staff in his introductory speech last month.