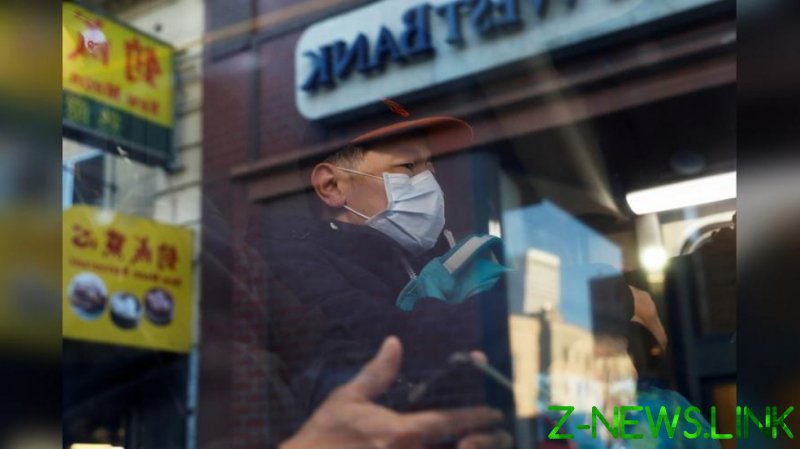 The latest incident happened Sunday morning, when an Asian woman was allegedly hit in the face for no reason by a man as she was boarding a bus in San Francisco’s Tenderloin district. The bus driver then intervened, stopping the man from striking the woman again, letting him exit the bus and calling police.

The woman suffered a split lip in the attack. Police gave no indication of whether she required medical treatment or if a suspect was arrested.

Sunday’s second attack occurred around midday, also in the Tenderloin district, when a 55-year-old Asian man was punched in the face and knocked out while riding a bus. He fell to the floor and was later taken to a hospital for treatment of his injuries, police said.

Police arrested 29-year-old Andre Smith in connection with the attack. He faces charges of assault likely to cause great bodily injury, aggravated battery, elder abuse and battery. The two men had argued before Smith allegedly struck the older man, police said, and race didn’t appear to be a motivating factor in the assault.

The latest incidents came five days after a 54-year-old black man allegedly stabbed two Asian women, ages 84 and 63, while they were waiting for a bus in the Tenderloin district, near San Francisco’s Chinatown area. The attack was unprovoked and nearly killed the 84-year-old. Both women were hospitalized with multiple stab wounds.

The suspect, Patrick Thompson, was arrested hours after the stabbings and made his first court appearance on Monday. He faces two charges of attempted murder, as well as assault with a deadly weapon and elder abuse. Police said they are still investigating whether the attack was motivated by race, which could lead to hate-crime charges.

The US has seen a surge in unprovoked attacks on people of Asian descent, especially in the San Francisco area and New York City. An 84-year-old Thai immigrant was killed in January when he went out for a walk near his San Francisco home. Vicha Ratanapakdee, who reportedly weighed just 113 pounds, was knocked to the pavement, allegedly when a 19-year-old black man charged at full speed from across the street and rammed him. The horrific incident was caught on surveillance video.

In nearby San Leandro, attacks on Asians have surged 300% this year. The latest occurred on Saturday, when an 80-year-old man was knocked to the ground, assaulted and robbed by two teenagers. The man can be heard on surveillance video of the attack, crying out for help repeatedly, while a high-pitched voice can be heard giggling, possibly from the getaway car nearby.

Two Asian women were attacked by a black woman with a hammer last week in New York City’s Times Square. The city has seen a 400% surge in anti-Asian hate crimes this year.

San Francisco’s buses apparently can be dangerous for people of all types. Police said they’re looking for a woman, believed to be in her fifties, who was attacked by a teenager on a bus earlier this month. The suspect allegedly set the woman’s hair on fire before he and two acquaintances exited the bus and ran away. The victim left the scene before police arrived.