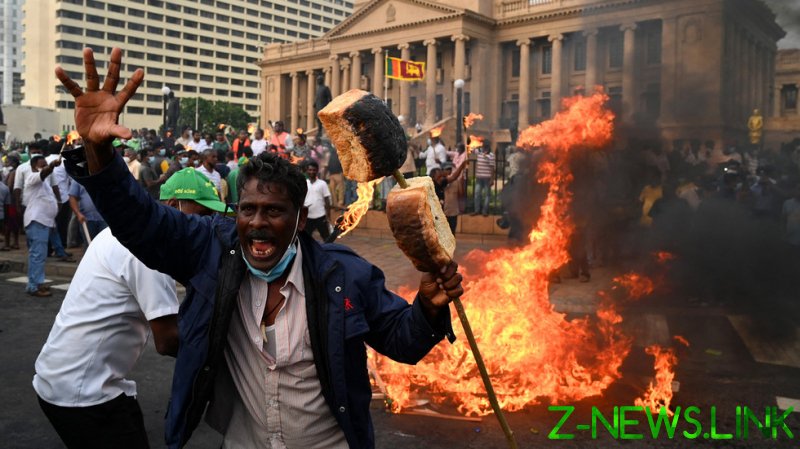 Following the resignation of Sri Lanka’s Central Bank Governor Ajith Nivard Cabraal on Monday, President Gotabaya Rajapaksa dropped his brother, Basil Rajapaksa, as finance minister in an attempt to reshape the country’s government, amid massive protests over a deteriorating economic crisis. The Rajapaksa’s political clan has been accused of nepotism and poor handling of the nation’s economy.

Sri Lanka’s financial and humanitarian crisis was in part accelerated by the Covid-19 pandemic, as the island nation has lost revenue generated by tourism. The economic emergency has worsened due to high government spending and tax cuts that have eroded state revenues. As the country’s foreign exchange reserves have dropped to their lowest levels in a decade, Sri Lanka is facing an ever-growing risk of bankruptcy if it does not manage to compensate its huge debt to China. To pay off foreign bonds, Rajapaksa’s government has increased money printing, which has caused food prices to skyrocket due to rising inflation.

On Monday, as a result of mass cabinet resignations, Sri Lanka’s stock exchange fell by nearly six percent and was closed almost immediately after its opening to avoid further downturn. 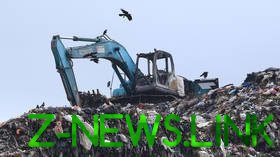 To overcome the current crisis, the president has called for a unity administration. “The president invites all political parties in parliament to accept cabinet posts and join the effort to seek solutions to the national crisis. Considering this a national need, the time has come to work together for the sake of all the citizens and future generations,” his office said in a statement.

Earlier, all previous 26 cabinet ministers, including the president’s own nephew, Namal Rajapaksa, had resigned, forcing the Sri Lankan leader and his older brother, Prime Minister Mahinda Rajapaksa, to start forming a new government.

The cabinet’s resignation comes as anti-government protests are sweeping across the country.

On Friday, Rajapaksa’s government tried to curb demonstrations by introducing a state of emergency and imposing a full social-media blackout, banning Twitter, Facebook, WhatsApp, YouTube, and Instagram. The next day, a 36-hour-long curfew was imposed, confining the 22-million island nation.

Sri Lankans are fuming over the worst shortages of essentials since the country’s independence from Great Britain in 1948. Most people are having a hard time stocking up on food, fuel, and medicine.