As US social media giants censor free speech online, Russia & China lead the charge to break free from American control of the Web 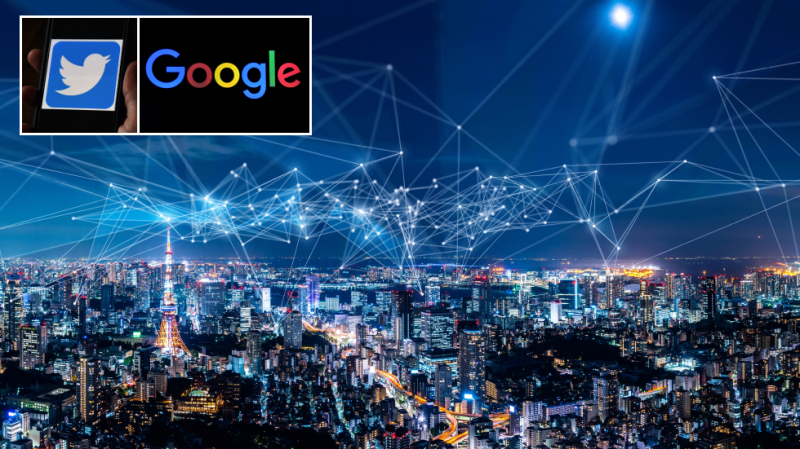 Over the past few years, China and Russia have taken the lead in nationalising the internet, putting their own mark on the online world and championing alternatives to foreign platforms. As a result, somewhat predictably, both governments have been accused of attempting to clip the wings of the supposedly ultimate space for freedom of expression, turning it into an instrument of government power.

Increased state control over the digital space deserves scrutiny and, in many cases criticism. But the efforts in Moscow and Beijing to assert national control over what goes on online is a reaction to what is perceived there as increasing digital authoritarianism on the part of the US.

As Washington’s power in the world wanes, the US has become increasingly inclined to use its role in the global economy, its international companies and its place in major international institutions to coerce both adversaries and allies to uphold its former authority. The natural consequence is that its rivals have sought to reject American influence online, as well as offline.

The fall of the free Web

The internet rolled out around the world at the height of US power, when globalisation meant organising the world around American technological platforms. Other nations are now worryingly dependent on its digital exports, and at the mercy of seemingly unaccountable decisions about what needs to be removed or de-listed, and what should be published and applauded.

The creeping censorship by US tech giants demonstrates the dangers of concentrating communication technologies in the hands of a few American corporations. Censorship was first justified by merely targeting a few radicals spreading hate and disinformation. Predictably though, the definition of radicalism, hate and disinformation has only continued to widen.

As well as direct censorship, foreign entities are also targeted by undisclosed manipulation of algorithms, with shadow-bans and other tools. There is little pretense that this isn’t political – Mark Zuckerberg has explicitly offered to ally Facebook with the US government to target Russia, Iran and other “bad actors,” which is a euphemism for Washington’s adversaries.

Censorship on social media platforms soon spread to banning people from online payment and funding services. Alternatives to many of these digital institutions are few and far between, with digital corporations marginalised in the US, and even domestic rivals such as Parler facing being purged from the internet.

What’s surprising about this is that the web is a decentralised network, and the decisions that make the most difference here have been taken by a host of private companies almost in unison. But the bits of the internet that governments can control are also being weaponized.

A key part of digital infrastructure is the Domain Name System, which connects the user with the correct server. The Domain Name System is controlled by the Internet Corporation for Assigned Names and Numbers (ICANN), which supposedly became an impartial, neutral and non-political organisation in 2016 to promote trust in a unified and centralised internet.

However, ICANN recently proved itself to be an instrument of the US government, as it seized the web domain of Iran’s Press TV state broadcaster and 32 other websites in a blatant assault on the media. This represented a continued escalation of US digital authoritarianism, although it does not necessarily come as a surprise to anyone who has watched how the SWIFT financial messaging system underpinning international transactions has also become an instrument for US economic sanctions. That’s despite it being officially neutral and non-political.

Digital authoritarianism will become an ever-growing threat in the current Fourth Industrial Revolution, as tech giants expand from communication technologies to industries that previously belonged to the physical world.

The digital behemoths that once just provided search engines, social media and e-commerce are now reinventing and revolutionising transportation, manufacturing, agriculture, the medical industry, restaurants, energy, finance, currencies, armies and almost every aspect of the economy and society. The potential reach of digital coercion becomes difficult to grasp and represents a profound security challenge.

American efforts to establish dominance require the destruction of the competition, and 5G technology is a key focus as a foundational block of the Fourth Industrial Revolution. Alternative providers that have a handle on the hardware underpinning it are seen to be profoundly unacceptable. For that reason, the US began its attack on Chinese tech-rivals such as Huawei by arresting its CFO, sanctioning the sale of computer chips, suspending Huawei’s Android license, pressuring countries to ban or limit Huawei’s participation in developing 5G infrastructure and making Huawei a central focus of in the anti-Chinese information war.

The rise of the Splinternet

China and Russia have taken the lead in breaking away from the US digital ecosystem to reduce the growing risk associated with digital dependence on Washington. Initially, technological sovereignty entailed ensuring that domestic digital platforms were dominant, such as search engines, email providers, social media, e-commerce etc.

Cooperation between China and Russia also aims to strengthen their national digital ecosystems and circumvent sanctions by, for example, developing alternatives to Android. As Russia develops domestic alternatives, it also has greater negotiation power vis-a-vis US tech giants to demand they store local data within Russia and establish offices in the country to ensure they can be held accountable to domestic laws and pay taxes.

The rise of US digital authoritarianism is also creating the “splinternet” in which the online sphere becomes divided and regulated by different countries. Trust in a responsible US administrative role in the World Wide Web has been lost. As a result, China and Russia have taken the lead in moving from digital dependency to internet sovereignty with “ChinaNet” and “RUnet.” These initiatives mean they can potentially isolate their national internets from the wider world. To underpin this, China is laying new internet cables to connect the wider world to their domestic digital environment, creating new regional networks.

Even smaller powers are taking action against the rise of US digital authoritarianism. Nigeria, with its more than 200 million citizens, recently pulled the plug on Twitter. The banning of the microblogging site was a reaction to the American social media giant deleting a tweet by the Nigerian president in a crude display of censorship and domestic interference.

As the US increasingly uses its digital leadership to police the world, it’s clear the world is looking for alternatives. Even the US-allied Europeans are growing weary of the immense power of tech giants as they are too big to be governed, have a dubious relationship with American security agencies and enable Washington to undermine European sovereignty with extraterritorial jurisdiction.

The era of digital nationalism

Economic sanctions represent government interference into the market to advance a foreign policy, and the sanctioned states predictably react by reducing their dependence on the belligerent power.

In the age of US digital authoritarianism, the predictable consequence has therefore been the development of parallel digital ecosystems and the splinternet, with countries like China and Russia breaking off and setting up their own sovereign national systems. Unsurprisingly though, it is these two nations most frequently accused of threatening freedom of expression online.