Home / WORLD / As US confirms its descent into chaos and depravity, emboldened China looks on with growing confidence

As US confirms its descent into chaos and depravity, emboldened China looks on with growing confidence 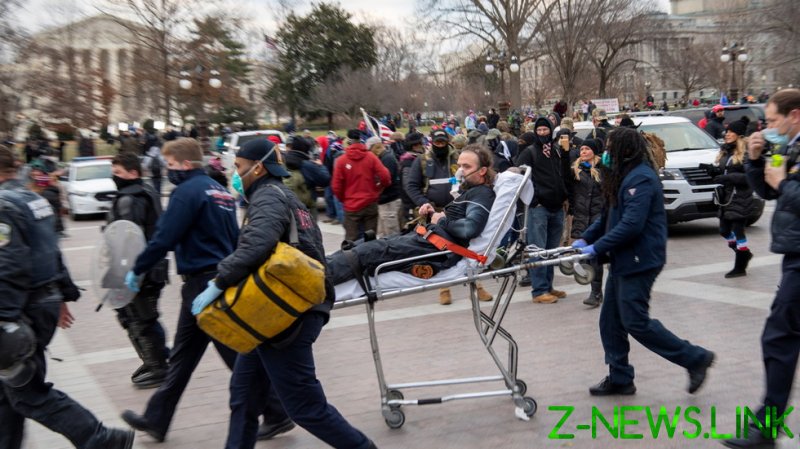 The world has been left utterly aghast at the scenes from the United States Capitol building on Wednesday night, as a mob of President Trump’s supporters invaded and caused chaos, leaving four dead.

Although the election result was still certified as scheduled, the events have sent shockwaves through America’s political system and illustrate the bitter divides and resentments at hand. Joe Biden will become president on January 20, but the ill-feeling and discontent are bound to linger much longer.

In the meantime, what is the view from Beijing? This catastrophe comes as the Trump administration has, in its dying days, sought to dramatically escalate tensions against it by taking aim at more leading Chinese companies.

The White House wants its ultimate legacy to be a state of geopolitical confrontation with China akin to a new cold war. But is Beijing worried? Not likely. Despite everything Trump has attempted to do, people are more likely to consider that the scenes on Capitol Hill and the chaos which the president has created are an absolute gift to Xi Jinping.

Seeing America’s plight, in both the pandemic and politics, has in fact increasingly emboldened China’s own confidence in its system of governance, and it can hardly feel inferior to America anymore.

“We stand with the people of China” was the message from Secretary of State Mike Pompeo Pompeo on many occasions last year. In saying this, he radiated the typical American assumption that everyone in the world is desperate to embrace liberal democracy in the way the US has, and that the people of China must instinctively despise Communist Party rule.

Therefore, in confronting Beijing, Pompeo assumes that he is acting in the true interests of the country’s population, because what America has to offer is intrinsically better. This is an ideological assumption that places too much emphasis on democracy, and cannot comprehend a reality whereby Communist Party rule in China may actually have legitimacy, and popularity. In his mind, it is simply not possible.

Yet, in reality, that is in fact the case. A recent study from Harvard University put approval rating for China’s government at over 95 percent. In addition to that, the Chinese population are unlikely to see the US as a role model or a country to emulate politically, but as a basket case, with the actions of Trump only serving to reinforce these perceptions and the belief that liberal democratic systems are increasingly unreliable.

America’s response to Covid-19 has also hammered this home. Although the US has aggressively and repeatedly blamed China for the global pandemic, Beijing has successfully overcome Covid-19 and returned to full scale economic growth, while Trump’s own response has been an unprecedented disaster.

China sees how more than 350,000 people in America have died, with up to 4,000 more new deaths and over 200,000 new cases every day. Whilst Beijing’s tough lockdowns and extreme testing regimes have upheld normality, they see the US in a state of depravity.

But that is not all. In Beijing’s eyes, the general erratic nature of the Trump administration and the consequences of that – encapsulated by the storming of the Capitol building – reveal a political system that is increasingly divided and unstable. Trump’s repeated claims of electoral fraud have damaged the legitimacy of the US political order itself and created unrest.

China looks at this and sees its own country as a bastion of stability in a whirlwind of global chaos. The people look toward the Communist Party’s position that political stability is a greater premise for prosperity than unfettered political liberty, and subsequently feel as if they have the upper hand.

In times gone by, America – in the opinion of many Chinese –  was a country to be admired and to look up to. Those days are long gone. The US has increasingly depicted itself as an adversary to China and decried its achievements, but also the successes it once prided itself on have increasingly been replaced by failures.

What we see now in Washington is a bonanza for China, and has implications for the wider world. The legacy of the Trump administration and these events incite fear and doubt into US allies, who see America as increasingly unreliable and unpredictable rather than the beating heart of a democratic world order it once oversaw.

Even though Biden may represent a return to normality at the White House, the scars will run deep and the increasingly toxic social and political divides which Trump exacerbated will not go away.

This saga isn’t over yet, and in line with that Beijing will be able to preach much more confidently that its system of government is able to yield better results. For both Xi Jinping and the ordinary people of the country itself, it only serves to embolden their confidence as the world tries to rebound from a dismal 2020.