Home / WORLD / As Trump’s withdrawal date passes, Taliban warn they may ‘take action’ against US troops in Afghanistan

As Trump’s withdrawal date passes, Taliban warn they may ‘take action’ against US troops in Afghanistan 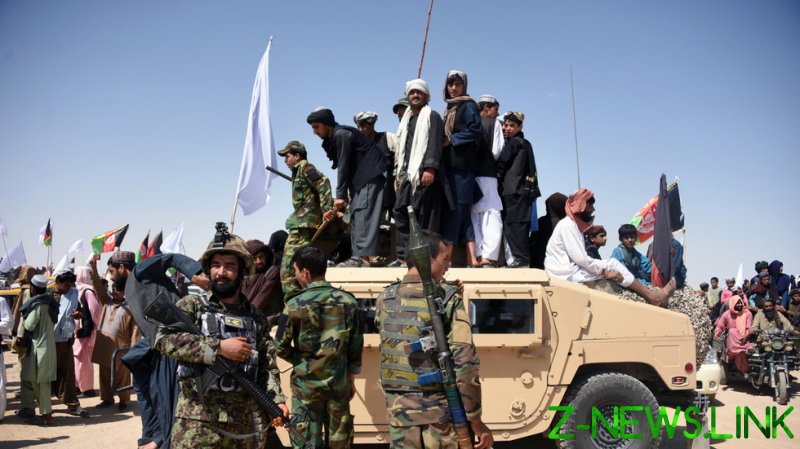 Saturday marked Trump’s planned withdrawal date from Afghanistan, which the former US leader announced last year. With Biden pledging to withdraw American troops by September 11, Taliban spokesman Zabihullah Mujahid declared that all bets are off between now and then.

“As withdrawal of foreign forces from #Afghanistan by agreed upon May 1st deadline has passed, this violation in principle has opened the way for [Islamic Emirate of Afghanistan] Mujahidin to take every counteraction it deems appropriate against the occupying forces,” he tweeted.

The Mujahidin of IEA will now await what decision the leadership of Islamic Emirate takes in light of the sovereignty, values and higher interests of the country, and will then take action accordingly, Allah willing,” he added in a follow-up tweet.

Coming directly from the Taliban’s spokesman, Mujahid’s warning is about as clear as threats get in Afghanistan. Other warnings have been more dubious, as was the case last year after Trump struck a deal with the militant group and announced his withdrawal plans. Immediately afterwards, the New York Times claimed that Russia was offering cash bounties for Taliban-linked militants to attack US forces. The anonymously sourced story drew condemnation from Trump’s opponents in Washington and the national media, but turned out to be completely bogus. Nevertheless, it spurred a bipartisan group of representatives to pass an amendment forbidding a withdrawal from Afghanistan before Trump’s term was up.

Similar stories warning of an imminent terrorist “resurgence” surfaced in the runup to the May 1 deadline, amplifying the concerns of US intelligence and military officials who aren’t on board with either Trump or Biden’s pullout plans.

The Taliban have not agreed to Biden’s withdrawal date, failing to show up at a peace conference in Turkey last month. Nevertheless, Mujahid told Reuters last month that Taliban officials are still in contact with the US, and were still discussing whether or not to hold off on attacks until September.

If all goes to plan and US forces leave Afghanistan in September, they will depart a month before the conflict turns 20 years old. They will also leave the Taliban in a stronger position and in control of more territory than at any point since the beginning of the war.