Home / WORLD / As troop withdrawal nears, police say militias aim to blow up Capitol, ‘kill as many members as possible’ during Biden’s SOTU

As troop withdrawal nears, police say militias aim to blow up Capitol, ‘kill as many members as possible’ during Biden’s SOTU 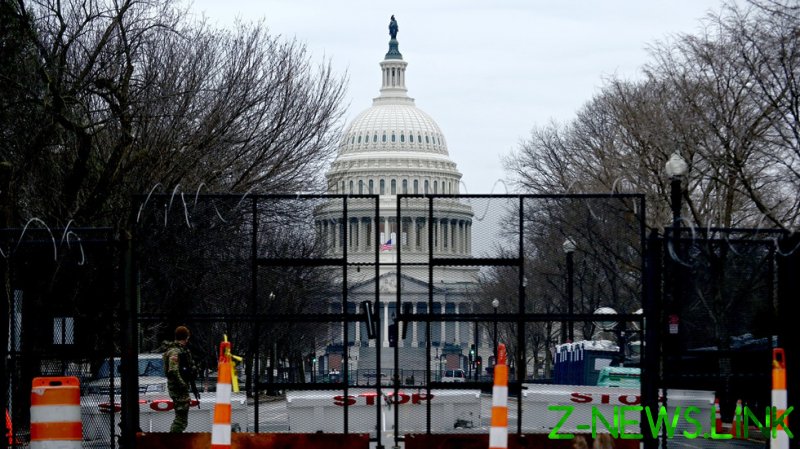 “We know that members of the militia groups that were present on January 6 have stated their desire that they want to blow up the Capitol and kill as many members as possible with a direct nexus to the State of the Union,” acting Capitol Police chief Yogananda Pittman said Thursday in testimony to a House subcommittee.

Such an attack would carry out unfinished business that the election-fraud protesters who rioted in Washington last month intended to achieve when they stormed the Capitol, Pittman suggested. “We know that the insurrectionists that attacked the Capitol weren’t only interested in attacking members of Congress and officers,” she said. “They wanted to send a symbolic message to the nation as to who was in charge of that legislative process.”

Pittman argued that in light of the alleged online chatter about a new attack, it’s only prudent to maintain an “enhanced and robust security posture until we address those vulnerabilities going forward.” That could mean a longer deployment of National Guard troops in the nation’s capital than previously planned.

Razor-wire-topped fencing around the Capitol was erected the day after the January 6 riot, and more than 25,000 National Guard troops were summoned to Washington from across the US to help seal off the government district for Biden’s January 20 inauguration.

Federal authorities decided to keep 5,600 troops in Washington until mid-March, when they estimated that former President Donald Trump’s Senate impeachment trial would end. But the violent protests that were predicted for Inauguration Day didn’t occur, and Trump’s impeachment trial ended without incident on February 13, about a month earlier than was expected at the time the troop deployments were set.

“We have no intention of keeping the National Guard soldiers or that fencing any longer than is actually needed,” Pittman said on Thursday, directly contradicting her recommendations last month, when she called for permanent fencing and other new security measures. Last week, Capitol Police reportedly suggested keeping the current fencing in place until at least September because they continue to hear of threats against lawmakers.

Another complication with Pittman’s latest warning is that US presidents don’t typically give a State of the Union speech during their first year in office. Like Trump did in 2017, Biden may give a speech to a joint session of Congress, rather than a State of the Union.

White House press secretary Jen Psaki confirmed last week that Biden won’t give such a speech in February. House Speaker Nancy Pelosi (D-California) has said that Congress won’t hold a joint session for Biden’s speech until after Covid-19 aid legislation is passed. Given Republican opposition to the $1.9 trillion bill proposed by Democrats, it’s not clear whether Pelosi will achieve her goal of having a bill ready for Biden to sign before March 14.