Home / business / As trade war with China can ruin APPLE

As trade war with China can ruin APPLE 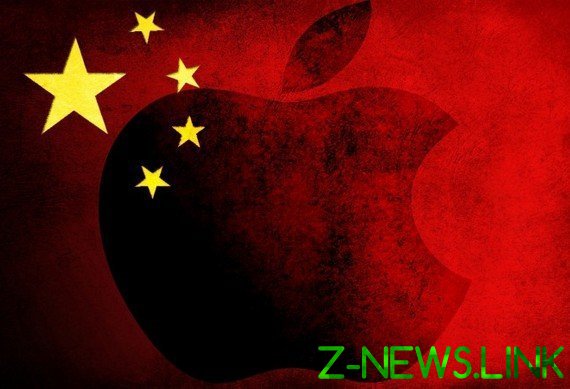 In 2018, broke a trade war the U.S. and China affecting the Chinese company and Apple. And if in the beginning of the conflict it sounded harmless, by the end of the year, Apple has lost $9 billion, and their positions in China.

A trade war between the US and China by the end of 2018, from a purely economic plane into the physical. USA announced the discovery of the spy “gate” from the company, which allegedly provides Chinese intelligence services access to data on these devices. And if we were talking exclusively about mobile devices, all would be simply do not care. But no. We are talking to various special equipment used, including in state institutions and even in the US army.

More can be read in the magazine Bloomberg Businessweek. In it, the journalists claim that under pressure from Chinese intelligence, Huawei put through the Supermicro chips with bugs in the 30 largest IT companies in the US, including Apple. Although the companies denied this information, the US President Donald trump immediately banned the use of the White House Chinese smartphones.

There should be noted that the requirement is pretty funny, because today almost all smartphones are either collected in China or have components made there. That is, once we talk about the protection from the cunning of the Chinese, then no do smartphones do not use. However, as PR for not too educated electorate will do.

But back to reality. Statements trump did not stop. In 2016, the US conducted an investigation concerning illegal supply of Huawei equipment to Iran and other countries under U.S. sanctions. As absurd as may sound, the prosecution of a Chinese company in disregard of U.S. sanctions, but the case remembered, and so thoroughly that arrested one of the leaders of Huawei, who was the daughter of the founder. Arrested her in Canada, at the request of States, and even after Deposit of $7 500 000(!) released only under house arrest. In the U.S., the daughter of the founder of the Chinese giant to face not just a fine and a period of several decades.

Beijing is not kept waiting long with the answer. To start sent several diplomats from the country, then detained several citizens of Canada, and at the same time has revised the verdict of the concluded canadian, replacing 15 years on the death penalty. And for a snack banned the sale of most of the iPhone on its territory, won a victory in court for patent disputes, Qualcomm (also an American) and has launched a major propaganda campaign against Apple in General. It got to the point that people change iPhone top Chinese smartphones at no additional cost, and restrict the use of Apple devices in Chinese factories.

And the Chinese, it is worth noting, not the Europeans or the Americans who will sue for the infringement of their constitutional rights to use the device with a bitten Apple in the logo. This culture is much more important to have the support of others and to be what is called “trending”.

As a result, falling sales in China and a letter from Tim cook to investors where there has been a fall in expected revenue of $5 billion Which in turn has brought down the shares of Apple and has led to the loss of capitalization – if in December the market capitalization was more than $900 billion, today it’s only $687 billion But this is not a joke. Right after the embodiment of the phrase of the philosopher L. Ron Hubbard, “Money is an idea backed by confidence”. Cost range confidence of investors, the Corporation has missed more than $200 billion.

If anything globally will not change by the end of 2019 Apple may no longer be on of the 5 and 20 most expensive of the capitalization of the companies and begin moving toward the collapse of his Empire. After all, who would not say that, and China for Apple and it’s manufacturing base, which allows for a huge number of devices at a relatively low price, and one of the key markets. And the loss of good relations threatens not just financial constraints, but really the collapse of the company.

So who then it turns out villain is China, which “ridicule” Apple or the US government who instigated this phase of the conflict? However, the most terrible is not it, and the probability of further escalation of a trade war. And although Russian buyers is in no way threatened in the near future, the impact on the global economy may be very serious. And by 2020 it may affect Russia.

However, given our current relations with Western partners, this may be the reason for the change agenda and rhetoric against Russia on a more adequate and friendly. Because the one thing wage an economic war with Russia, another to add to it yet, and China.

As they say, wait and see.