Home / WORLD / As thousands of inmates sent home over pandemic could be told to return to prison, activists urge Biden to #KeepThemHome

As thousands of inmates sent home over pandemic could be told to return to prison, activists urge Biden to #KeepThemHome 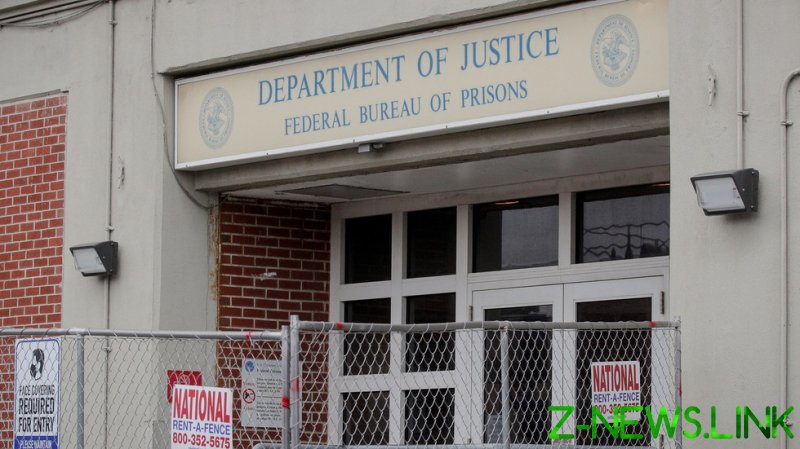 A report this week from The New York Times about prisoners potentially being taken back into custody has had criminal justice reform activists up in arms, including groups such as the NAACP and ACLU.

On Saturday, activists vented their frustrations on social media, led by figures such as lawyer Emily Galvin-Almanza, using the hashtag #KeepThemHome to urge action from the administration.

The controversy over these prisoners’ future stems from a memo issued by the Justice Department’s Office of Legal Counsel, which stated that inmates whose sentences extend beyond the “pandemic emergency period” would need to return to jail to complete their terms. According to the Times report, Biden officials have agreed with the legal opinion, meaning thousands of inmates who were released at the height of the pandemic to help slow the spread of the virus could be on their way back.

Critics have argued, however, that those who have remained in compliance while being monitored at home deserve to be allowed to continue to serve their sentences at home.

With the official state of emergency likely continuing through the end of the year, activists have argued that either Congress could step in and expand federal authority to keep inmates at home beyond the pandemic, or Biden himself could use his clemency powers to commute sentences.

“Imagine being sent home from prison…..doing the hard work of re-integrating and finding work and support ONLY TO BE SENT BACK TO PRISON 16 MONTHS LATER FOR NO GOOD REASON,” podcaster and consultant Joshua B. Hoe tweeted on Saturday.

“Biden-Harris ran on criminal justice reform. Granting clemency to these inmates would be just that,” reporter Victoria Brownworth added.

The White House has not officially indicated what it will do about the inmates in question, with an official statement provided to the Times only generically doubling down on Biden’s past promises to lower incarceration levels and focus on criminal justice reform.

Rescinding the Trump-era legal opinion has mainly been urged by Democrat lawmakers, but some Republicans have joined the call too, including Sen. Chuck Grassley (R-Iowa), who argued in April that very few inmates in home confinement have broken the guidelines for their limited release or gotten into further legal trouble.

“It’s like waiting to be sentenced all over again,” Wendy Hechtman, who was serving a 15 year sentence for conspiracy to distribute a form of fentanyl, told the Times.

Others had been sentenced for similar crimes, as numerous reports and calls to action have highlighted. Kendrick Fulton, 47, for instance, was serving a 17 year sentence for selling crack cocaine when he was let out of prison 11 years earlier than he was supposed to. He has already served 17 years and is working in Round Rock, Texas.

“I served over 17 years already. What more do you want? I should go back for another 11 years to literally just do nothing?” he told Reuters in April, about the potential of being rounded up by the FBI and taken back to prison.