As the USSR puffed overtake America 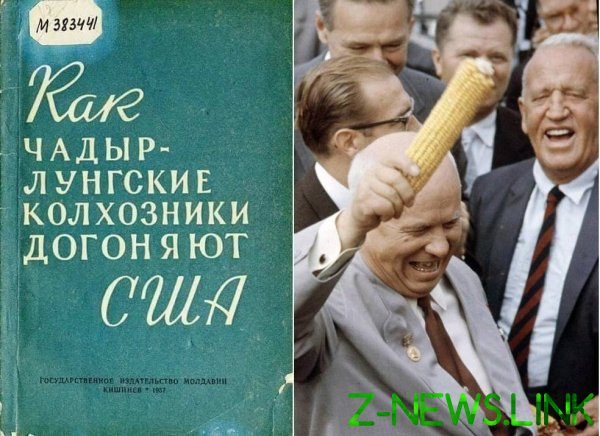 So, friends, today will be a post on an interesting and important topic — as all the years of its existence, the Soviet Union acted to overtake the US on some indicators. In the opinion of the Soviet government if the Soviet Union surpassed the amount of steel produced per capita in America, it definitely would mean that Soviet citizens live better than Americans. Here’s the USSR had the happiness index)

Many people really believed in these stories of the Bolsheviks that once we get around America in the amount of fertilizer on the fields — we will live better than the Americans, and once the Communism and all will be given for free. And the funny thing — many of today’s politicians once again raise the banner of this Soviet rhetoric about some sort of “race” with America.

So in today’s post — the story about how all the years of its existence, the Soviet Union acted to overtake America. Be sure to go under the cat, well in friends to add do not forget)

How it all began. 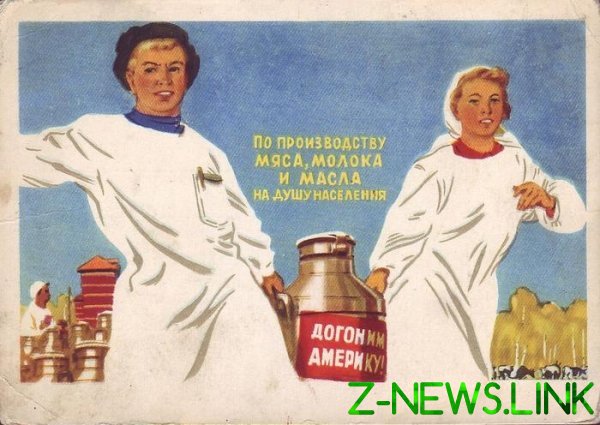 Many attribute the beginning of “racing with damn America,” Khrushchev, but in fact it happened a little earlier — specalised began under the eternally living Lenin, who during the life of the often chanted gems like “bad is the Russian worker, who does not hope to catch up with and overtake their American counterpart!”.

Most ordinary workers thought of his family’s welfare and about how to make their children’s lives better, but Lenin constantly attribute to them some kind of sick contents of your own head — which by the way is perfectly expressed in the dystopian Platonov “Pit” phrase, parodying Lenin’s thinking, for example: “He ordered the others to mobilize the farm for the funeral procession to feel the solemnity of death during the developing a bright moment of socialization of property.”

In General, the race began under Lenin, and then it picked up and the great improver and linguist. At the Plenum of the Central Committee of the CPSU(b) in 1933 he stated that “Russia in its political system caught up with the advanced countries”, and saying that left to catch up on everything else — and it will be in the hat. The repressive GULAG, so to speak, built, and now we have to build everything else.

However, the rest did not matter — the Soviet economy, built sectioned, repression, requisition of property and the destruction of the hunger all dissenters could not normally develop in almost all economic indicators, ranging from wages and ending with the level of protein consumption per capita, the Soviet Union lagged behind the developed countries. Most equipment and machines, the USSR continued to buy in the United States and other developed countries — up to equipment for production of cutlets and ice cream.

In General, turned out well only with the Gulag. When working in the archives of the Gulag documents of the 1930-ies, archivists warn of working in the archive, so they are not surprised that many of the documents written by his incredible pencil and scrawl — the country had no ink, no normal clerks and worked properly just a pipeline for sending people to the camps and the firing chamber. 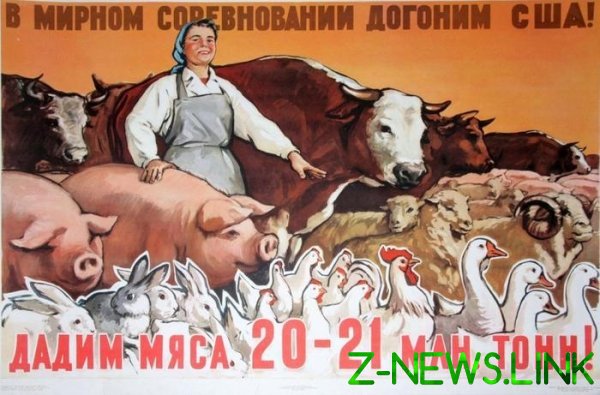 Nikita realized that under Stalin, the country exceeded the plan exposed by Japanese spies for 1000 years, and decided to deal with the economy. 22 may 1957, Khrushchev announced that we will catch up and surpass America in three years for the production of meat, milk and butter. Like all the other uneducated Bolsheviks, Khrushchev did not see the benefits of the American way of life in General, and saw some details — they are going to do more meat than Americans, and therefore we live better than they do!

Over all this race very funny. In December 1959, the first Secretary of the Ryazan regional Committee of party Alexey Larionov reported your plan, Nikita Sergeyevich, made! We exceeded the plan for meat 3.8 times! For this achievement Larionov hung star of hero of socialist labor. And now the funny — in fact, no meat was no more, just Larionov were forbidden to keep cattle in the farms — it all allowed under the knife in the off “state planning Commission”, including dairy cows and juveniles than actually destroyed the future of livestock in the region.

In addition, agents Larionov went around the neighboring areas and buying up cattle to take her as grown in the farms of the Ryazan land, destroying livestock and there — as they say, burned a shed, hut and burn The result — the plan was exceeded by 3.8 times, but did people live better? Think about this question I ask all fans of the USSR — I am sure, if not from the first attempt, but they will find the right answer.

For the “distillation of America,” Khrushchev started many other projects that ended about the same. Corn widely publicized campaign ended in expected failure. At the party Congress talked about “first place” in pig iron, steel production, cement, and fertilizers — but it was more like reaching specalised with one participant, as in the first, people are better off from these records, and, secondly, many of them (such as the manufacture of cast iron) showed only the backwardness of the Soviet economy. It’s like if now someone will be proud of the fact that does more than all the coal irons and samovars.

In General, under Khrushchev to catch up with America failed. By the way, America itself all the years I did not even know that it is someone out there competing. 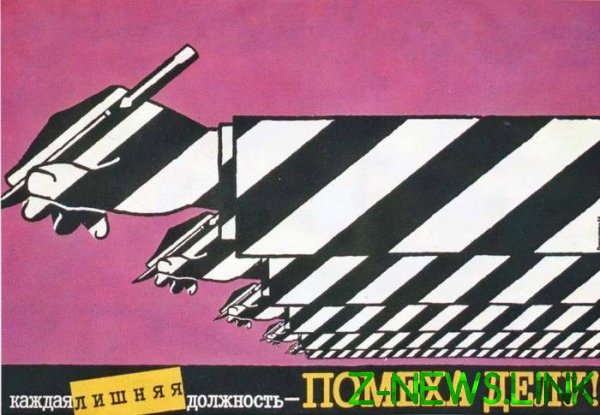 Under Brezhnev about “Catch up and Overtake” not especially remembered — it was vrmeni “blessed stagnation” when the peace and quiet of an ordinary Soviet life was broken only supply of alcohol at the nearest liquor store — then the people frustrated with dominany tables at the entrance, thinking about how to catch up and overtake each other in ALCO-turn.

Broke Gorbachev, declaring in 1985, another round of specaility the race with the West — called “Acceleration”, which was proclaimed on 23 April 1985. The Soviet Union once again admitted that he lags behind America in almost all respects, and all his “reforms” are only decorative in nature and is poured from a sieve.

Began investment in heavy industry and machinery — which as in past times, did not affect the level of welfare of the population. Perhaps even he was damaged — as in the commodity market there was a shortage of the most basic goods. In General, once again failed, Gorbachev admitted his defeat, starting with 1987, fundamental reform, which led to the end of the Soviet Union.

In the Gorbachev era was in Vogue anecdote — “catch up-we are America dohogne, but won’t overtake — so as not to show bare ass.” And all this would be ridiculous, when would not be so sad. It is easy to notice that almost all of the years of Soviet power (From Lenin to Gorbachev) the slogan “Catch up and Overtake America” was something of a carrot before the donkey’s nose — the population was fed with promises of a better life, and she wasn’t getting any better.

But in the end it turned out as in that joke about the unfortunate brothel in which it was moving Wallpaper, rearrange the furniture, the blinds were changed for others — but success came only when she replaced the girls. So here — something more-less began to improve only after the end of the Soviet regime, which itself their principles would not let the country develop.

Write in the comments what you think about it)