Home / WORLD / As the European Parliament threatens to sue the European Commission, it’s clear the EU is ripping itself apart over Poland

As the European Parliament threatens to sue the European Commission, it’s clear the EU is ripping itself apart over Poland 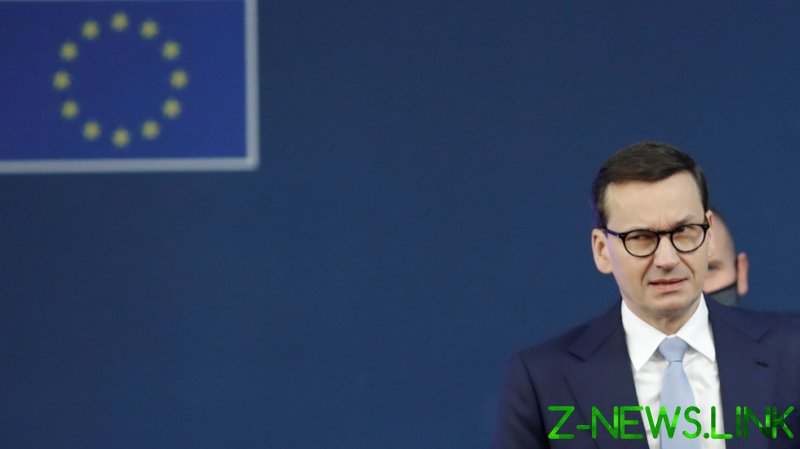 Poland’s refusal to bow to European Union pressure has revealed a fissure at the heart of the bloc. Brussels simply does not know how to proceed in its battle with Poland over the supremacy of EU law. Some want the Poles punished now, others want more negotiations, while Hungary is steadfastly standing by its ally.

European leaders met on Thursday in Brussels to discuss the situation. The European Council summit was, however, a torrid affair with leaders unable to agree over how to handle the tense situation. The issue was deemed so delicate that European Council President Charles Michel attempted to keep it off the agenda, only for France and other Western members to demand its inclusion.

Indeed, it seems that Michel’s instincts were correct, as its inclusion only revealed how divided European leaders are about how to deal with Poland. Some wanted to see the country punished for its insubordination, some supported the Poles’ stance, and others were keen to see a compromise.

In one corner were French President Emmanuel Macron and Dutch Prime Minister Mark Rutte who want to see Poland penalised for its actions. Indeed, Rutte said “the independence of the Polish judiciary is the key issue we have to discuss. It is very difficult to see how a big new fund of money could be made available to Poland when this is not settled.”

Rutte also attempted to have the leaders temporarily end Poland’s voting rights until the situation was sorted, although he failed to garner enough support for this penalty.

On the opposite side of the debate was Viktor Orban, the Hungarian PM. Orban, who is despised by Brussels, said, “The fact is very clear: the primacy of EU law is not in the treaty at all, so the EU has primacy where it has competencies… what’s going on here is regularly that European institutions circumvent the rights of the national parliament and government.”

Stood between the warring sides was Angela Merkel, the outgoing German chancellor. Merkel, who was clearly scarred by Brexit, urged both sides to compromise. She said, “Germany does not want to have a Polexit. Poland’s place is in the middle of Europe…we must not talk about how to isolate. We must try to fix the problem.”

Moreover, Charles Michel, who is a former Belgian PM, said that whereas the EU needed to be “firm” on rule of law, it also had to “engage in dialogue so we can achieve positive results.” So, more jaw jaw and not war war, as Winston Churchill once said.

However, it is not only the national leaders who are divided over how to deal with Poland; the EU institutions are equally split. Whereas the European Commission wants to continue with negotiations, the European Parliament, which is far more ideological than the Commission, wants to see Poland and Hungary punished, and punished now.

When announcing the controversial move, the president of the European Parliament David Sassoli said that “EU Member States that violate the rule of law should not receive EU funds. Last year, Parliament fought hard for a mechanism to ensure this. However, so far, the European Commission has been reluctant to use it…I have therefore asked our legal services to prepare a lawsuit against the Commission to ensure that EU rules are properly enforced.”

The European Parliament always wants the rules – as they interpret them – followed to the letter. Moreover, the MEPs dislike the Polish and Hungarian governments on ideological grounds and want them rebuked. Indeed, whereas the European Commission is made up of bureaucrats willing to negotiate and then compromise, the MEPs could be described as the EU’s equivalent of the Taliban.

In all, it has been a good week for the Polish government and a terrible one for the EU. Polish PM Mateusz Morawiecki’s confident and unapologetic performance in the European Parliament on Tuesday certainly set the tone for what was to come. In telling MEPs that his country would not be “blackmailed” or “intimidated,” by Brussels, he put the ball firmly in the EU’s court.

Since then, the European Parliament has threatened to sue the European Commission and EU leaders have revealed that they are divided about how to proceed. Poland has clearly won this battle, but whether it wins the war is another matter altogether. It seems, however, that this dispute is going to rumble on for some time to come, and who knows how or where it will end.