As tensions between China and Taiwan continue to build, has wishy-washy White House messaging caused Taipei to ‘blink’ first? 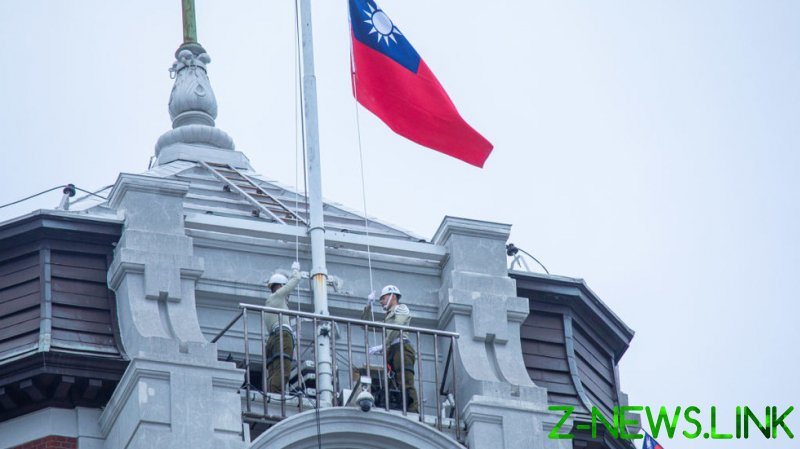 Tensions in the Taiwan Strait are surging. Over the past week, in line with China’s National Day, Beijing has sent record numbers of military planes into what is known as Taiwan’s “Air Defence Identification Zone” (ADIZ). Whilst it is important to distinguish this zone from the island’s actual “airspace”, as the ADIZ also contains China’s Fujian Province, it is otherwise impossible to mistake China’s intent. Over the past few months Beijing perceives the island to have pushed against its “red lines” in a number of areas, something encouraged by growing support from the US and its allies. Taipei is engaging in a strategy to try and flout Beijing that I have described as “Provocation Diplomacy”.

It is, predictably, resulting in China raising the stakes militarily, prompting some high-level communications between Beijing and Washington over the past few days. These include an emergency meeting between Yang Jiechi and Jake Sullivan in Switzerland, as well as an affirmation by Biden that both the US and China are keeping the “Taiwan agreement” (although there were no specifics as to what that means). Taiwan seemed to blink in hearing this, quickly affirming that America’s support for them is “rock solid”.

It is a slow brewing escalation that has always been coming, but the question is more “where will it lead?” Taiwan’s Defence Ministry claims that even though China has the military capability to invade the island presently, the optimum time for it to do so would be 2025. Whether Beijing would actually take that risk in practice remains unclear and rationally speaking, unlikely. However, the problem is China’s increasing frustration over the matter of Taiwan. On a “soft power” level it is increasingly out of options in persuading the island towards peaceful unification, a process that has been accelerated by Taiwan’s own shifting identity, the ruling DPP party becoming emboldened due to Western support, and the outcome of the Hong Kong crisis last year.

Beijing instead sees this changing flow and perceives that its opponents are engaging in a “salami slicing policy” whereby they attempt to gradually change the status quo in their favour, effectively making it more difficult for Beijing to secure an outcome on its own terms. The problem is not that Beijing can’t negotiate with Taipei, even Tsai Ing-wen has never ruled that out, but in its absolutist idea of sovereignty regarding the issue, to which China has attached huge domestic political stakes. This is what makes the long-term potential outcome dangerous, to put it mildly.

The prospect of reunification with Taiwan is an integral “glue” of PRC state identity and legitimacy under Communist Party rule, and especially so under Xi Jinping who has framed the mantra of the “great rejuvenation of the Chinese nation”. He continues to escalate the political importance of achieving this, having recently scheduled an address on the anniversary of China’s 1911 revolution which will focus on the island. Other symbolic statements in this area include nationally released plans earlier this year to build an extremely ambitious undersea high speed railway line between the island and the mainland (probably the biggest engineering project ever conceived) before 2035.

All of this rests on the assumption that certain political arrangements are going to be secured in a short period of time. But the question comes back to “how will this be done?” China is making it clear that it intends to solve the Taiwan issue on its own terms. If it fails to do so, it is setting itself up for a political humiliation that the US and its allies know can be weaponized against Xi, if they can maintain the spirit of resistance.

Because soft options are scant that Beijing is going to continue to raise the pressure on Taiwan through other avenues, even if they do not amount to a war in themselves. An outright invasion of the island remains highly unlikely, primarily because even if China can succeed, the cost would be enormous in the Western-led backlash it would create, the potential of war with America and the economic damage it would entail. Beijing’s position on the issue is uncompromising and this severely limits its options, yet it is not politically “foolish” to speak. China’s own foreign policy often involves taking calculated risks in order to achieve certain outcomes which produce manageable or negligible costs.

For example, take the initiation of the Hong Kong national security law. The US didn’t like it, hashed out a few symbolic sanctions, but can one say Beijing didn’t get what they wanted in the end by ending the protest movement and securing its control over the territory? Of course, Taiwan is not Hong Kong, it’s an island of 23 million people or so which, whether they recognize it or not, exists in the form of a sovereign state de-jure, which cannot be so easily subdued. It also has means of resistance through military, organizational, financial and diplomatic channels. This isn’t a rabble of US backed protesters, leaving the question as to whether Beijing can feasibly “pacify” the island via the use of force, without starting a war?

Even if not, the strategy or tactic in the end might be to go as near towards “causing” a war one can possibly go, without actually doing so. This could involve even steeper military adventurism than just flying into the ADIZ, seizing the outlying islands of the coast of Fujian such as Kinmen, or other measures designed to make Taipei “blink” and ultimately succumb to what China wants to be “reality”. Part of that strategy will inevitably involve making Taiwan doubt that the US is willing to defend and help them, making their fate “inevitable”. Taiwan’s Defence Ministry’s statement responding to Biden’s comments concerning “the Taiwan agreement” is a small expression of such a doubt. Taipei ultimately fears that the US may one day abandon them in exchange for other issues, as unlikely as that may be.

Either way, one thing to note is that China always picks its moments carefully and will certainly do so here. Irrespective, the uncompromising nature of the situation does mean that even if a war is not intended, it is still a very dangerous scenario and will continue to be so as things heat up. China wants to win without pushing the red line ideally, but that’s always easier said than done. One might dub it as two parallel “salami slice” scenarios coming up against each other, which could easily blow up in the long run.