As states start opening up, Democrat mayor BANS DANCING AND STANDING at weddings in Washington, DC 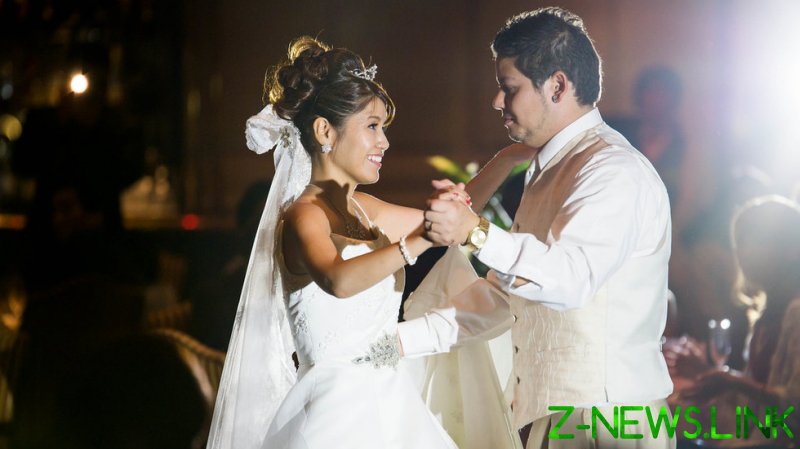 In a news conference that went unnoticed by all but a few local media outlets, Bowser announced last week that weddings can take place in the District of Columbia, albeit at 25% capacity. Additionally, she declared that “standing and dancing at receptions” would be forbidden as of the Saturday just gone.

A spokesperson for Bowser told Fox5 on Saturday that the rule was put in place “to reduce the spread of COVID-19 because when people stand and dance their behavior changes,” in Fox’s words.

Dancing was famously banned in the fictional town of Bomont, Oklahoma, in the 1984 hit movie ‘Footloose.’ Boogying was also banned under pain of death by the Taliban in Afghanistan, and in several American towns and cities during the 20th century, albeit without the threat of beheading.

From outside the Beltway, where restrictions are being lifted, the idea of a dancing ban still being in effect likely seems laughable.

Florida Governor Ron DeSantis (R) lifted all local coronavirus emergency orders in his state on Monday, calling it “the evidence-based thing to do” amid a decline in infections and deaths and the ongoing rollout of vaccines. DeSantis has emerged as one of the most vocal critics of lockdowns, mask mandates and so-called “vaccine passports,” and despite a torrent of criticism from the media, has earned plaudits for the steps he took to protect Florida’s sizable population of seniors and keep its economy open.

In New York, Governor Andrew Cuomo (D) embraced a harsh lockdown but ordered nursing homes to accept Covid patients, with horrifying consequences. Cuomo was portrayed in the media as the anti-DeSantis, but has since come around to the benefits of reopening. Capacity restrictions will be mostly lifted there by May 19, he announced on Monday, with only large-scale gatherings subject to reduced capacity. Cuomo added that the city will fully reopen – meaning “literally, everything back to normal” – within the next two months. Unlike in Florida, however, masks and social distancing will still be required indoors for the time being.