As Soviet citizens were lied to about the concentration camps 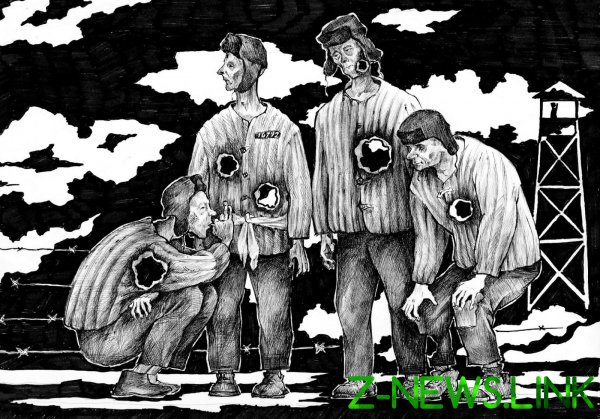 So, friends — today is an important and scary post about Soviet propaganda of the early Soviet Union. In 1929, the Soviet screens released a strange film called “Solovki” — it was supposedly shown the life of a Soviet “corrective labor camp” on Solovki (short for ELEPHANT) and told that the people there live almost like in a sanatorium. Of course — it was all the Soviet lies, as I will detail in this post.

Why was this movie? One of the reasons for the appearance of the film was “calming down” the part of the Soviet society, in which dispersed information about torture in the labor camps of the OGPU system. People were shown a propaganda movie in order to the end of the film was released some ideologist and screamed — “you see how it all really? And the rumors of death and torture camps spread only the enemies of our great country!”.

But the main reason was different — information about the slave labor of prisoners of the Soviet labor camp has leaked to the West, there already knew about the torture, humiliation and executions in the Soviet prison camps in the USSR was very much afraid that Western countries will stop buying from them a forest which had been harvested by prisoners in the camps. For Western countries and was filmed this movie, along with which was published also a brochure entitled “assistance To polipropylenowych: how to build a conversation about the film “Solovki” and new forms of punishment” — to help the Soviet lie was published is even a separate manual.

So in today’s post — a story about how Soviet citizens and the Western countries lied about Soviet concentration camps. Come under kat, there interesting. Well, friends to add do not forget)

As described in the film.

The film “Solovki” was built according to the classical canons of Soviet propaganda — techniques which by 1929 was already well run-in. First was told a mythological story and asked the “correct picture of the world”. People were informed that the Soviet Union is in full swing “construction of socialism”, a growing national economy and increasing the joy of labor, but in the country there are private enemies of the people, which hinder the construction of socialism — organize the fires and train wrecks, arrange a drought in the fields and cause rains where it is not necessary, and the farm is fat and hearty Soviet cows are bringing foreign journalists some crap cattle. 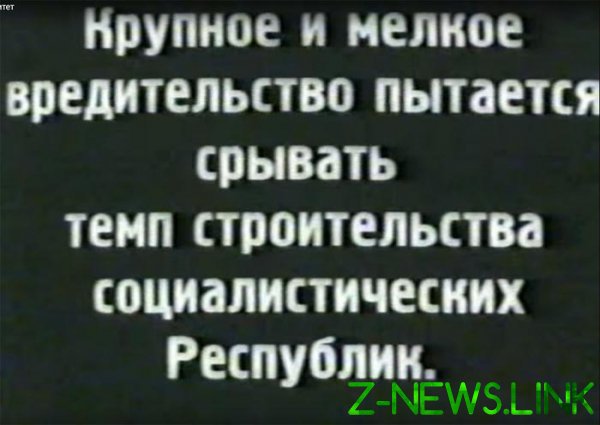 The Soviet state thus shows a very humane, it does not destroy the enemies of the people, and tries to re-work for sends in something like a sanatorium, where those members of the public are invited to experience the joy of work no more than 8 hours a day, doing the rest of the time in self-development and eating from the belly.

In the film strongly emphasized that the Soviet <s>concentration camps</s> oops, sorry, the sanatorium is very different from “old Royal prison” — all prisoners sprosi dressed in costumes, carry a lot of personal things, are almost a daily medical check-up and live in separate rooms. The administration of the camps — home fathers for the prisoners who love them like their own children and waiting for their return to normal society with a bright hope, like the father from the biblical parable of fornication of the son.

See also:  It became known how many Ukrainians earn in Poland 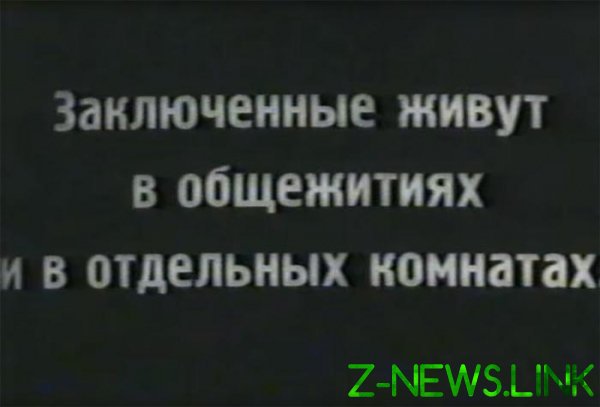 A day at camp starts with a morning check. To her, all the prisoners ran out happily, looking forward to the upcoming joy of work and thinking of solid collectivization. Prisoners instill the habit of daily work, improve their professional and work skills, work around the enterprise self service prisoners, there is a constant construction circle continually escalate the public good. Go all the prisoners dressed in the latest fashion: 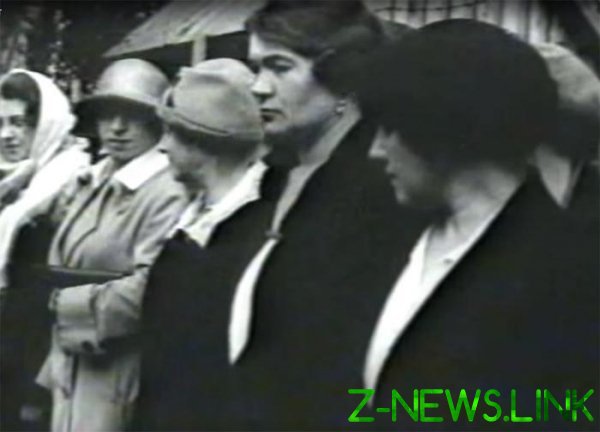 The prisoner paid the money receipt, which you can buy, you are allowed to receive money from relatives, but you can also enjoy lunch on request in the dining room or home. Not life, but raspberry. Broadly defined, cultural-educational work and initiative. Constantly there is a full and final liquidation of illiteracy, and also published their own newspaper “Solovki”. 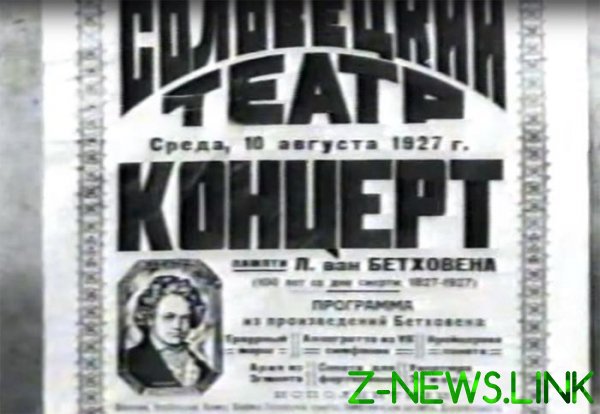 Inmates relatives come to make sure that all the “horror stories” about Solovki is nothing more than fiction. In fact, they find there are cultural and healthy life, full of everyday joy of work and incessant accumulation of the public good. In addition to the administration of the camps, prisoners have also other friends, for example, a government Commission come out and from time to time early releases of prisoners as can not calmly look at the suffering and have such honest Soviet people, who came to the truth through the work. 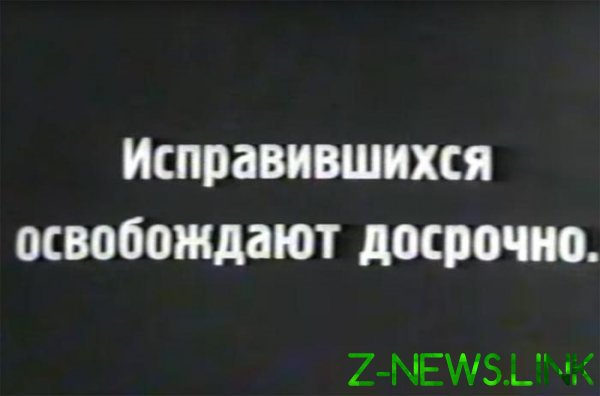 At the end of the film shows the ship on which happy prisoners and reformed the music of the orchestra away from Solovki to join in an honest working family people of the Soviet Union in the form of helpful and accustomed to experience the daily joy of working members of society.

What happened in the Solovki really. 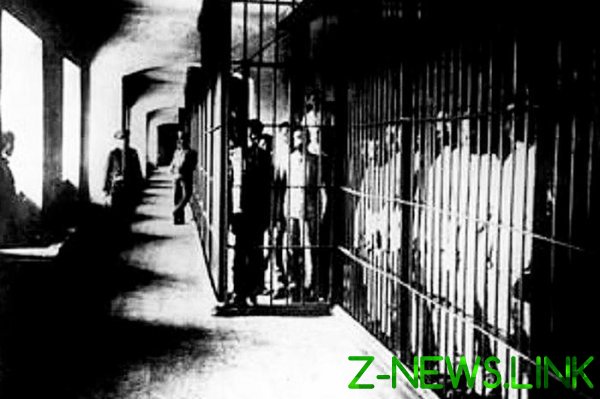 And now about what happened in Solovki really. The Solovetsky camp was one of the earliest and one of the worst of the Soviet concentration camps. Over ten years of existence, the camp ELEPHANT (this abbreviation was called Solovetsky Special Purpose Camp) he went through about 200 thousand people — most of whom died or were maimed. Thousands of prisoners were shot for minor offences, beaten to death escort died of torture or committed suicide from the unbearable conditions of life.

Many “enemies of the people” were killed on the way to Solovki in 1929, at least 8,000 people during the transfer barges to the Solovki was tied with barbed wire back to back and drowned. For the rest of the prisoners developed a system of refined torture, because of which people lost their health and died — some of them was difficult, exhausting and meaningless work. The convoy could force prisoners to wear handfuls of water from one hole to another, to roll from place to place huge boulders in winter on the seaside half-naked prisoners were forced to “count the seagulls”. 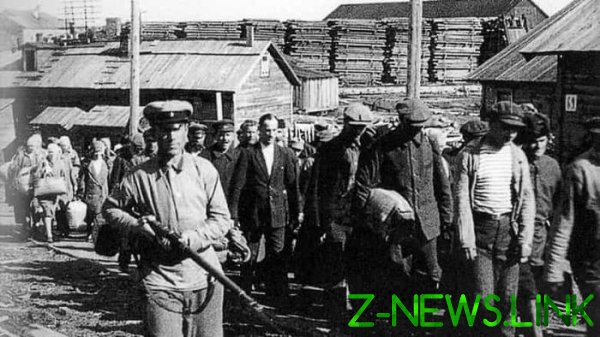 There were other torture — the summer of naked prisoners of the Solovki were tied at night to trees that in the conditions of the circumpolar region meant a painful and slow death. In the slang of the convoy, it was called “put on a gnat.” Guilty prisoners were forced to sit all day on thin poles, fell down were beaten with feet and rifle butts by escorts. Still somehow guilty or at fault of the prisoners at Solovki were thrown into the so-called “kremesnik” — dug in the ground deep pit, where people can be contained for a few days.

But people died in Solovki and without executions and torture — because of the incredible loads on the back-breaking work. Practice education the joy of work was actually in that for a few months to squeeze out of a man, to turn him into an invalid, and then replace it with a new human body — as expressed by medical chiefs camp ELEPHANT. In the group of so-called goners included every third inmate of a concentration camp ELEPHANT — they are just slowly dying from injuries, disease and exhaustion and typhus epidemics.

With the bodies of the dead and the dead in the concentration camp ELEPHANT people no ceremony — before to throw the body into a common grave, they removed all more or less valuable and knocked out teeth with Golden crowns, the same as later did the Nazis. In winter, the body simply buried in snow, and in summer, were dumped in huge pits near the Solovetsky Kremlin.

The part of the prisoners before dying themselves digging their own graves.

All fans of the Soviet Unionwho continue to remember with nostalgia the best ice cream in the world, and Soviet sausages GOST, I suggest to study more history of the Soviet concentration camps ELEPHANT, which is now available in open sources. Maybe then, in your view, that will change this hateful system is a little different from Nazi Germany — even the conditions of detention in the concentration camp the ELEPHANT and the Auschwitz concentration camp was the same — people working 12 hours a week and received about the same rations.

And we can’t say that “then it was” these crimes have specific authors and the names, and specific socio-political system that was telling the people tales of free communism, but left behind only piles of corpses and mountains of misery…