Home / WORLD / As scandal-hit charity linked to Justin Trudeau shuts up shop in Canada, the silence of the woke brigade is deafening

As scandal-hit charity linked to Justin Trudeau shuts up shop in Canada, the silence of the woke brigade is deafening 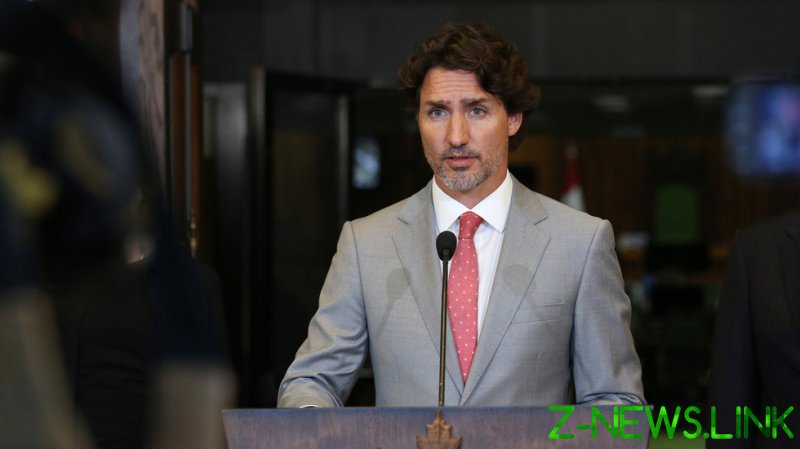 The world of woke is in turmoil following the closure of Canadian operations and the shuttering of its London office by the painfully right-on WE charity.

Its former high-profile pals are scurrying to distance themselves from the accusations of financial mismanagement that threaten the career of Canadian PM and woke icon Justin Trudeau, whose squeaky-clean liberal credentials have been dragged through the mud by his association with the Kielburger brothers and the charity they started as kids in the kitchen of their family home.

So, when they won a Canadian government student empowerment contract in June, worth around US$680 million, the roughly US$32 million in fees they earned themselves showed just how far the two have come in 20 years. But that’s history now, as the contract has been ditched thanks to the questions that have arisen since it was awarded.

Nevertheless, with that sort of money sloshing around, you can start to understand how obsessive self-promoters like Trudeau climbed aboard the bandwagon of righteousness so they could secure invites to glittering events that attracted the great and the good from all over the world. The problem with the righteous, though, is that they believe their own publicity.

While the two brothers at the centre of the scandal, Craig and Marc Kielburger, have dropped out of the spotlight by simply shutting up shop and laying low, for PM Trudeau, there is no such easy way out. He is left to squirm in public, although the proroguing of the Canadian Parliament has spared his blushes slightly.

But what about the rest of the woke brigade? Those who revelled in the adulation as guests and speakers at the WE events, raking in huge appearance fees and feeling oh so good about themselves and the support they offered to what appeared to be an organisation solely dedicated to making the world a better place?

After all, it was digging boreholes in India, securing water rights in Ecuador, battling child labour and all because – according to the official line – little Craig, age 12, “was flipping through the newspaper looking for the comics when he was stopped short by a story: Iqbal Masih, a 12-year-old former child slave in Pakistan, had been murdered because he spoke up for human rights.”

Since then, Craig has been showered with 15 honorary doctorates, received the Order of Canada, the Nelson Mandela Freedom Medal and the World Children’s Prize, and was recently voted by Canadians as one of the country’s top most trusted influencers in a Readers Digest poll. He’s published 12 books, all of a certain ilk, mind you, and rubbed shoulders with the rich and famous.

Many people who reach such dizzy heights decide that the rules that everyone is expected to abide by don’t really apply to them.

And what makes it even more perilous is that the new friends who have been found and maintained through generous financial considerations for speaking fees and travel expenses will never tell you that you’re in the wrong, because it’s in their own interests that you keep things afloat.

Trudeau and his wife, Sophie had expenses reimbursed for their appearances at WE events while his mother, Margaret and brother Alexandre have been at the trough for several years, earning upwards of US$380,000 between them for speaking engagements.

And while this all smacks of cronyism, looks awful for a national leader, and most likely consigns WE to the dustbin of do-gooder charity history, Trudeau, embroiled in his third ethics scandal in just five years, still manages to stay clear in the polls. But the gap between Trudeau’s Liberal Party and that of his Conservative opponent, Erin O’Toole, is closing sufficiently to encourage the opposition.

Maybe after the blackface embarrassment, the holiday on the Aga Khan’s private island, elbowing a female colleague in the breast, being rude to an indigenous woman, and this new, ethically questionable relationship with a charity cum-lobby outfit, Trudeau is losing some of his appeal as the liberals’ poster boy.

The fact that he has survived numerous missteps exposes the gross hypocrisy of the woke, liberal luvvies of this world. It’s clear that financial scandals, overt racism, bullying and cronyism are all totally acceptable and the right-on brigade will tolerate pretty much any disgrace.

As long as it’s by one of their own.