Home / WORLD / As #ReinstatementDay trends, Twitter rushes to inform its users that Trump cannot be reinstated

As #ReinstatementDay trends, Twitter rushes to inform its users that Trump cannot be reinstated 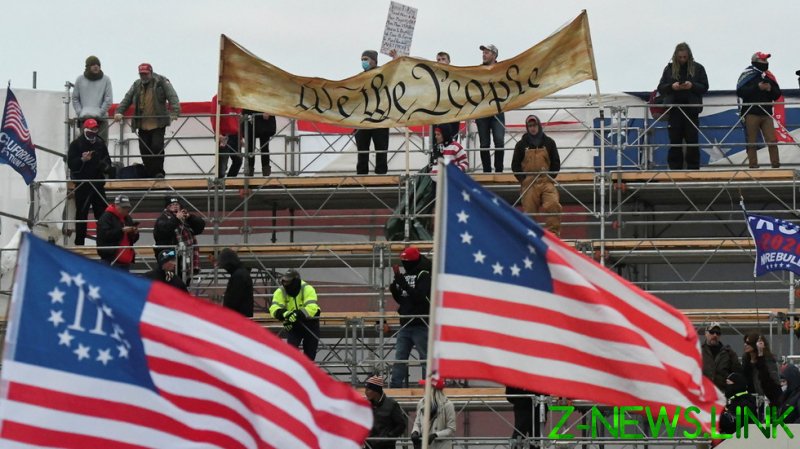 “Reuters and USA Today fact checks have found that the former president will not be reinstated on August 13,” the explanation under the hashtag #ReinstatementDay read on Twitter on Friday morning in the US. The fact-checkers proceeded to blame “a widely discredited QAnon conspiracy.”

The tag made it to second place on the US Twitter trending topics before disappearing, but not before it was subjected to a hefty helping of mockery – together with the fact-checkers who insisted on pouncing on it.

The presence of blue-check author Tomi Ahonen bragging about starting a “hashtag game” to “mock failed King Trump & all maganutters who believe his delusions” – especially MyPillow CEO Mike Lindell, who predicted Trump’s reinstatement on Friday – with the #ReinstatementDay hashtag suggested it wasn’t necessarily Q followers that got the tag trending, however.

Thousands of adherents to the conspiracy theory have been purged from Twitter and other social media for alleged links to an increasingly vague definition of “extremism” or “hate speech.” Lindell himself was suspended back in January for spreading “election misinformation,” continuing to trumpet his claim that the November 2020 vote was rigged. Serious retweets from Restitution Day believers were difficult to find, though someone seems to have made a tongue-in-cheek website for the questioning.

Others warned that Reinstatement Day was a “real” QAnon conspiracy and that belief Trump was due a second coming could lead to “right wing violence” reminiscent of the January 6 “insurrection.” The US Department of Homeland Security has warned of possible violence in August – something they’ve admittedly been doing on a near-constant basis since January 7.

Others alluded to the fact that there is no procedure in the US Constitution to “reinstate” a president who has been removed from the White House, suggesting that the fact checkers’ comments were stating the obvious.

And many more took it as an excuse to mock “all those” Trump fans out there expecting their savior to stroll back into the Oval Office while Biden takes a two-week vacation in Delaware.

A recent email from the Trump campaign may have fueled the rumor of “Reinstatement Day,” asking supporters if they “missed him yet.”

However, Rep. Eric Swalwell (D-California) scolded those who were making merry at the Donald’s apparent misfortune, calling the ex-president’s fans – and the entire Republican Party – a “cult that uses lies and conspiracy theories to make its own voters put their lives at risk.” QAnon was “dangerous to our democracy,” he insisted.