Home / business / As Rashad in Ibiza or a big Deal

As Rashad in Ibiza or a big Deal 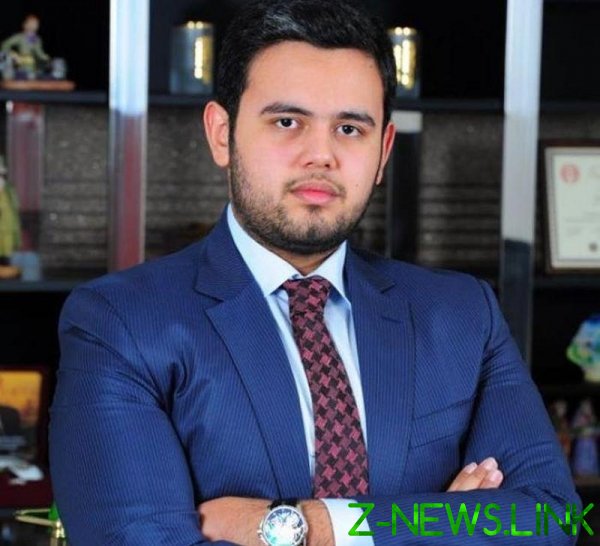 Stolen from “the Azerbaijani tourist” on the Spanish island expensive watch “Richard Mille” trying to pass off a fake.

Azerbaijani officials, who very often clearly not live on the salary, send their children to relax on Ibiza and do not regret for their money on luxury items, with bated breath, expecting the announcement of a police report with the data of the Azerbaijani tourist, who last week stole a Swiss watch brand “Richard Mille” worth over a million euros.

When he heard the name of Rashad Abdullayev, the son of the President of the State oil company of Azerbaijan Republic (SOCAR she SOCAR), many representatives of the Azerbaijani bureaucratic clans sighed with relief. The news is meant to explain the origin of income from which purchased these watches have the head of the SOCAR Rovnag Abdullayev. However, soon the Russian media began to be published about that in Ibiza on a hot evening in June was allegedly stolen is not the original “50-03 McLaren F1” brand “Richard Mille” but only his remark, that is a cheap copy of a thousand euros.

The situation began to resemble a scene from “the Golden calf” by Ilf and Petrov, where the underground millionaire Alexander Ivanovich Koreiko refuses to acknowledge their 10 thousand rubles, was stolen from him Balaganov and Panikovsky. As Koreiko understood that the recognition of such inconceivable for the Soviet people the amount their property is threatened with litigation with the tax and law enforcement agencies and PR representatives Abdullaevich obviously realized that it’s better from sin to declare a stolen watch fake. After the appearance of this version of events in the Russian information field for reprinting this explanation come from the state of Azerbaijani media.

Of course, this interpretation of the criminal incident in Ibiza are quite satisfied with Abdullaevich, and those officials in Azerbaijan and Russia, who could theoretically be in the same situation. However, the police report No. 6048/19, which has already become public, words can not erase. From this document it follows that 19.06.2019, in 17 hours 53 minutes the victim Rashad Abdullayev made a statement on the theft a “luxury watch brand RichardMille cost of 1 200 000 Euro, carbon fibre hull, serial number RM50-03 37/75, Mclaren model”.

Thus the son of the President of SOCAR himself and acknowledged the presence of the father side income to buy offspring items calling of luxury, and even brought the testimony of two witnesses, who confirmed the fact of theft it original watch RichardMille. Of course, the first thing in this situation would refer to the Declaration of income Rovnag Abdullayev to compare the cost of these hours with the salaries of civil servants. But the public Declaration of interest in the duty of the Azerbaijani heads of state corporations is not included – by the way, in the same way as their Russian colleagues. This closure gives rise to the temptation of abuse and does not contribute to a successful fight against corruption and increase of trust of citizens to the government.

Meanwhile, in the foreign media regularly appear scandalous stories of the antics of the “Golden youth” of the families of high-ranking officials of Azerbaijan and other republics of the former USSR. Passion for luxury and frills, in full disregard for the generally accepted norms of morality on the part of such majors become a byword and negatively affect the perception of post-Soviet countries in the enlightened Europe. Facts riotous living offspring of government officials clearly demonstrate the manners that prevail in the families of the political and economic elite of Azerbaijan and other States of the “Eastern belt”.

See also:  In the pseudo-republics of Donbass continues, "mobilization"

Caught in a scandal in Ibiza Rashad Abdullayev is not the first time becomes the object of attention of foreign reporters and scandalous gossip. So, in may 2016 and enrolled at the University of Istanbul the son of the head of the Azerbaijani state oil company lit up in a drunken brawl in Turkish Ococee, when the police detained him for a drive while intoxicated. Then Rashad not only resisted the patrol, but also insulted the Turkish custody order, which was recorded in the minutes.

Dad had to put a lot of effort to hush up the incident, save for the Azerbaijani mass media a positive image of his heir, and to seek an extension for unlucky son of a contract for the position of Chairman of the Supervisory Council of the Republican football club “Sabail”. However, a few months later, Rashad Abdullayev with this honorary position had to leave. The young brawler and playboy was sent by his father to London to gather intelligence and learn the etiquette. But, apparently, the plan didn’t work re: fresh event in Ibiza, laced with a Protocol that details the facts of the calling behavior of Rashad on the island can put an end to the career of a young man. At the same time scandalous situation generates and issues to the authorities of Azerbaijan on the necessity of public control over the revenues-expenditures senior government officials. The reputation of the country, its oil industry and government.