Home / WORLD / As Joe Biden prepares to take power, Iran is ramping up pressure on the incoming president to revive the nuclear deal

As Joe Biden prepares to take power, Iran is ramping up pressure on the incoming president to revive the nuclear deal 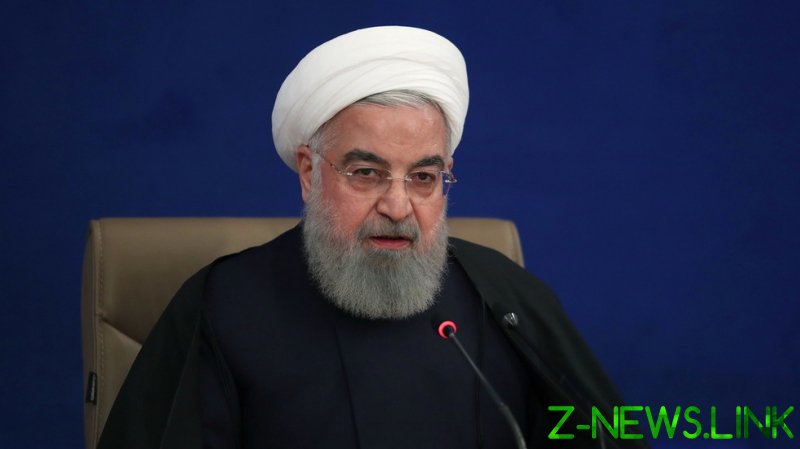 Iranian domestic politics have supercharged the nation’s diplomatic posture as it awaits the transfer of power in the United States from President Donald Trump to Joe Biden. Emotions inside Iran, already inflamed by the assassination of Major General Qassem Soleimani by the US a year ago, boiled over following a second assassination of a prominent Iranian figure, Mohsen Fakhrizadeh, on November 27, 2020.

The murder of Fakhrizadeh, a nuclear scientist with connections to the nuclear program, was believed to have been orchestrated by Israel. Prior to Fakhrizadeh’s killing, the Iranian government seemed content with waiting out the final months of the Trump presidency free of controversy that could lead to a confrontation with the US or its regional allies. His death dramatically changed that.

Following elections in February 2020, the Iranian Parliament came under the control of hardline conservatives opposed to the moderate policies of President Hassan Rouhani. It quickly passed a bill which would terminate the last two remaining commitments under the 2015 Iran nuclear deal (officially known as the Joint Comprehensive Plan of Action, or JCPOA). These commitments – enhanced inspections by the International Atomic Energy Agency (IAEA) and a moratorium on enriching uranium beyond 3.5 percent – were all that remained of the sweeping restrictions mandated under the JCPOA.

In May 2019, one year after President Trump’s precipitous withdrawal from the deal and the resulting reimposition of stringent economic sanctions, Iran began exercising its rights under Article 36 of that agreement to curtail its commitments considering the demonstrable non-compliance by the EU, a party to the JCPOA, to abide by its obligations to actively promote trade between Europe and Iran. Instead, the EU buckled under the threat of US secondary sanctions, curtailing rather than expanding economic ties with Iran.

President Rouhani initially called the actions of the Iranian Parliament “harmful for the trend of diplomatic activities”, and voiced his objection. The law, known as the ‘Strategic Action to Lift Embargoes’, was initially rejected by the Guardian Council, a panel whose job it is to rule on the constitutionality of parliamentary actions, on the grounds that it usurped the authority of the Supreme National Security Council, which Rouhani chairs. However, the Council itself later found that the law did not “create a specific issue that damages national interests,” forcing Rouhani’s hand. On December 29, 2020, the Iranian president signed the law into effect.

As implemented, it required the Iranian Atomic Energy Organization to submit a plan which addressed the technical and financial requirements of the law within two months (i.e., by the end of February), buying Rouhani some time to see if a Biden administration was serious about rejoining the JCPOA without preconditions. Diplomacy, however, does not take place in a vacuum. The US, which had placed its forces on high alert in the aftermath of the Fakhrizadeh assassination, undertook a number of aggressive deployments it claimed were intended to deter any effort by Iran to exploit the political transition of power from Trump to Biden.

On December 21, the USS Georgia, a nuclear-powered guided missile submarine armed with up to 154 Tomahawk cruise missiles, entered the Persian Gulf, accompanied by two missile-armed cruisers, the USS Port Royal and USS Philippine Sea. On December 30, a pair of B-52s were flown from bases in the US to the Persian Gulf in a demonstration of America’s global reach – the third such exercise in two months. These forces join several US Air Force fighter squadrons currently stationed at Prince Sultan Air Base in Saudi Arabia, Al Dhafra Air Base in the United Arab Emirates, and Al Udeid Air Base in Qatar. The USS Nimitz, a nuclear power aircraft carrier, was likewise deployed in the region.

Iran viewed the US deployments differently, though. Its foreign minister, Javad Zarif, claimed to have intelligence that the US was seeking to fabricate a pretext for war with the Islamic Republic in the waning days of the Trump administration. Zarif’s words were backed up by General Hossein Salami, the commander of Iran’s Revolutionary Guard, who declared that Iran had “no problem, concern or apprehension toward encountering any powers. We will give our final words to our enemies on the battlefield.” To reduce tensions with Iran, US Acting Defense Secretary Christopher Miller ordered the USS Nimitz to return to the US.

The illusion of a reduction in regional tension quickly evaporated when, on the first anniversary of Qassem Soleimani’s assassination, Iran issued a “red notice” to Interpol, calling for the arrest of President Trump and 47 other American officials identified as playing a role in Soleimani’s death. The killing was ruled a violation of international law by Agnes Callamard, the United Nations Special Rapporteur on extrajudicial, summary or arbitrary executions, in July 2020. The US responded by countermanding the order withdrawing the USS Nimitz, instead extending its stay in the region “[d]ue to the recent threats issued by Iranian leaders against President Trump and other US government officials,” Christopher Miller said.

In what was apparently a coordinated move, Iran announced on January 4 that it was initiating the enrichment of uranium to 20 percent at its underground enrichment facility in Fordow, bringing to an end its commitment under the JCPOA to forgo such activity. This action was followed by the seizure of a Korean tanker, the MT Hankuk Chemi, in the Strait of Hormuz, on charges that it was in violation of environmental law by polluting the territorial waters of Iran – a charge the South Koreans deny.

Both of these actions come as President-elect Joe Biden’s designated national security advisor, Jake Sullivan, declared that any return of the US to the JCPOA must be predicated on Iran’s ballistic missile programs “being on the table” in any follow-on negotiation if and when the US rejoins the JCPOA. Iran has repeatedly made it clear that its ballistic missile program, which provides Iran with a credible regional deterrent, was, is, and forever will be, non-negotiable.

The Iranian actions are calculated to appease hard-line conservatives who had been calling for a decisive response to the assassination of Soleimani, while keeping the door open for diplomacy once a Biden administration takes over in Washington. The seizure of the South Korean tanker appears designed to pressure the Seoul government to pay Iran some $7 billion owed for oil delivered prior to the US embargo on the sale of Iranian oil taking effect. South Korea has held back making the payment, under pressure from the Trump administration.

By pressuring Seoul, on the eve of Biden assuming power, Iran hopes for a rapid reversal of its current policy. Likewise, Iran has made it clear that its efforts to enrich uranium to 20 percent are reversible should the US return to the JCPOA. By making 20-percent enrichment a reality, Iran is sending a signal to the Biden administration that it will not tolerate any effort on the part of the US to attach new conditions to the Iran nuclear agreement.

Iran’s actions are an indication that President Rouhani has lost the domestic political fight on how diplomacy will be conducted going forward. Previously, Iran’s actions were measured and sought to avoid decisive confrontation with the West over its nuclear program. No more – the acceleration of Iran’s enrichment of uranium to 20 percent, combined with the seizure of the South Korean tanker, are a clear signal that the conservatives are a factor in Iranian foreign policy that cannot be ignored.

The clock is not in Joe Biden’s favor, either – the window of opportunity for an agreement with Iran on a US return to the JCPOA closes in June 2021, when Rouhani, a moderate, will almost certainly be replaced by a conservative whose policies are aligned with those who already control the Iranian Parliament.