As in Ukrainian schools react to retro gadgets. Video 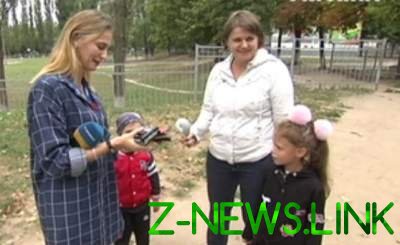 The students were shown a cassette player and a pager.

Briton James crane introduced their children with audio-cassettes, children’s responses were videotaped and posted on the web. It was watched by millions of people around the world picked up the baton and in American schools. Journalists “Today” learned how to retro gadgets react in Ukrainian schools.

The children showed cassette player, floppy disk, electronic toys and pagers. It turned out that Ukrainian students and American, tape recorders, and pagers are never seen.

Grader Milan looks on tape and assumptions: “There’s even film there.

It’s Scotch, right?”. Then the girl showed player. But here in Milan he honestly admits that it is – has no idea. Her younger brother Leo sees objects, but does not know what to do with them. Their mother Natalia says cassettes and floppy disks long ago thrown away. But now, seeing the old gadgets, the woman is nostalgic.

Marina is studying at vtorom class. She also began confused, but then guessed.

At the flea market a regular cassette player can now be purchased for 60 USD, and with the recorder – 150 UAH. The demand for such a product. Some buy for the collection. Cassette players also are sold: a box for 80 UAH or thing for 5 UAH.

It is also sold mobile the beginning of the two thousandth, calculators, tape recorders. Most of these things to children is incomprehensible and uninteresting. But magpies are sure that in the time of vintage gadgets will be real Antiques.