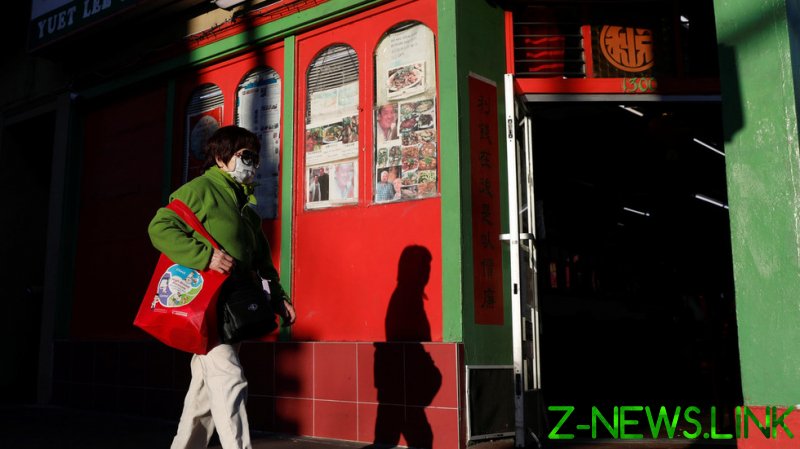 As Pulitzer Prize-winning novelist Viet Thanh Nguyen explained, Asians shouldn’t respond to the horrific attacks with “knee-jerk” calls for more policing but must instead recognize the violence as “part of a pattern of white supremacy.” Even if the assailants are “people of color,” he added, “the solution is not to fall back on racist assumptions of our own but to hold the system of white supremacy responsible for dividing us.”

Despite his literary talents, Nguyen apparently missed the irony in the notion of avoiding “racist assumptions” by blaming people of a certain skin color for the attacks – in this case, people of a different skin color than those involved in the incidents – but he wasn’t alone in identifying whites as the problem.

Manju Kulkarni, executive director of the Asian Pacific Policy and Planning Council, told NPR that “xenophobic policies and racist rhetoric” pushed by former President Donald Trump was behind the violence. Oakland City Council President Nikki Fortunato Bas told local Fox TV affiliate KTVU that crimes against Asians and “anti-blackness” are both on the rise “because we live in a system rooted in white supremacy.”

The rise in violence forced many businesses in Oakland’s Chinatown area – where there have reportedly been more than 20 attacks against Asians in the past two weeks — to reduce hours during the busy shopping season before Friday’s Lunar New Year. Those cutbacks came on top of the effects of the Covid-19 pandemic, which curtailed celebrations for the holiday.

In addition to robberies and other crimes involving theft, there have been unprovoked, daylight attacks on elderly pedestrians. An 84-year-old immigrant from Thailand was killed in late January in San Francisco when a man came running from across the street and slammed into him, knocking him to the ground. A 19-year-old black man, Antoine Watson, has been arrested in the case and was charged with murder last week.

Another high-profile incident came on January 31 in Oakland, when a man shoved a 91-year-old Chinese man to the pavement from behind. The suspect proceeded to knock down two other Chinese, a 55-year-old man and a 60-year-old woman, on the same day and on the same block. Yahya Muslim, a 28-year-old black man, has been arrested for the attacks. He was already in custody for a separate elder-abuse case when police identified him as the alleged perpetrator of the Oakland attacks.

The effort to transfer guilt for the crimes to white people was met with scorn on social media. Author Ben D’Alessio said he is removing Nguyen’s novels from his reading list. Writer Wesley Yang said Nguyen was essentially “telling poor Asian people that they’re racist for wanting police protection.”

“How sheltered do you have to be for ethnic-studies jargon to be more real to you than the bodies of grandma and grandpa laid out on the street?” Yang asked. He added that such race rhetoric gave cover for the “vicious sadists” who are committing the crimes while denying protection for the vulnerable people who are being targeted.