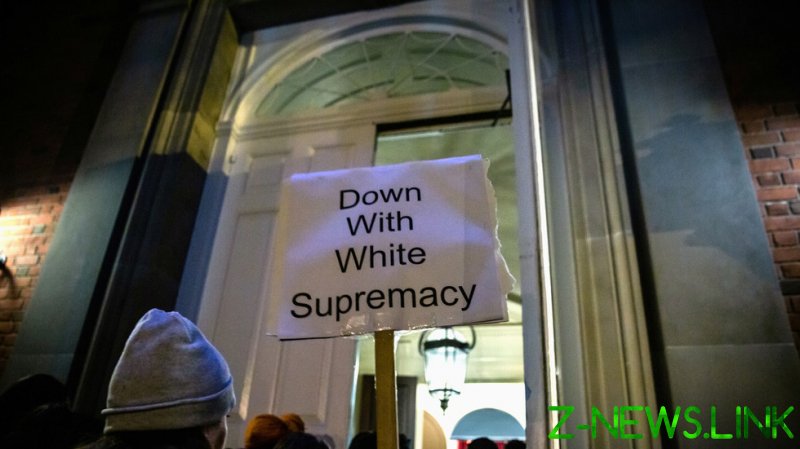 Despite its superhuman efforts to tie the violence to domestic extremism – the agency’s favorite new bugaboo, supposedly lurking around every corner and under every bed – the Boulder shooting culprit bore not even a passing resemblance to the domestic extremist threat FBI director Christopher Wray has attempted to outline in a manner his agents might be able to understand.

In an intriguing twist, the alleged murder suspect Ahmad Al Aliwi Alissa was actually already known to the FBI, having had two run-ins with the agency and racked up a tidy little criminal record to match.

The “metastasizing threat,” as Wray describes domestic terrorists (presumably the ones who don’t work for his agency), bears no resemblance to “white nationalism,” Christian extremism, or even the retro militia groups of the 1990s, all of which have recently been hyped as things right-thinking Americans should fear. But this is an embarrassing little blunder. If the agency wants to gin up some proper fear, they’ll have to sync their imaginations hard and get to work.

The FBI has nevertheless clung to its theory that the lion’s share of America’s “domestic extremists” are somehow caught up in QAnon and other home-grown ‘conspiracy theories,’ poorly slapped-together ‘hopiates of the masses’ that no longer even make sense with former president Donald Trump out of office. Declaring that half of Americans believe in at least one conspiracy, the FBI continues to insist these mostly-harmless beliefs inevitably led to violence.

The agency has been rolling out what it frames as much-needed deradicalization initiatives under director Wray, who has repeatedly shrieked to the heavens that if it doesn’t plop an interfering limb here or clutch a pearl there, the rapid growth of social media usage among Christians, extremists, and literally any other group with shared interests amid the Covid-19 pandemic will implode in the form of a deadly outbreak of religious extremism.

The FBI is also acting as if the rise in social media usage among these groups is a surprise, rather than the natural outgrowth of humans long prohibited from socializing face-to-face being at last permitted to act like normal human beings again. Whether or not the American populace was expected to sit quietly twiddling their thumbs in front of the television over the past year rather than brainstorm new ways to socialize (telepathy? ESP?) went unmentioned in a Foreign Policy article released on Tuesday, framed in lurid terms describing the necessity of “programs designed to reform violent jihadis.” These programs, it must be said, are not cheap.

The piece complains “pastors nationwide” are “worried that members of their congregation were rapidly incorporating conspiracy theories into their views,” supposedly “sowing distrust toward traditional media outlets.” Given the quality of news that has been emanating from traditional media outlets in recent years – content of such low quality that even public relations firm Edelman was forced to acknowledge earlier this year that trust in the media establishment is at an all-time low – one might expect pastors to be more worried if their congregations came waltzing into church singing the praises of the latest bogus New York Times story.

But while some of its researchers insist QAnon is sodden with “anti-Muslim and anti-Semitic rhetoric,” it’s not clear where they picked up these notions, as the conspiracy theory – while thoroughly disproven at this point and otherwise good for little more than an imaginative bedtime story for Trump fans, as all its claims of the ex-president swooping in to save the day have been debunked – spares little time for discussion of either religious group aside from boilerplate conservative fearmongering about Sharia law.

The Foreign Policy report did acknowledge that barring devout churchgoers from interacting in person might (just might) have had a negative impact on their social lives, driving Christians and other interest groups to connect online, possibly using communities bristling with conspiracy theories. However, the report noted that as of January, 49% of Southern Baptist pastors “frequently heard conspiracy theories from members of their church.”

Are these benign or uplifting conspiracy theories, or the tragic QAnon variety populated by ‘enslaved children’ being forced to perform unspeakable sex acts with the likes of Hillary Clinton? Foreign Policy doesn’t explain, and the reader is clearly expected to believe the latter, with cultural hysteria over so-called domestic extremists reaching the kind of peak it hasn’t seen since the mid-1990s, when there was a Waco or Ruby Ridge around every corner and the Bureau of Alcohol, Tobacco and Firearms could smell the end of the Second Amendment if they inhaled deeply enough.

The FBI has been comprehensively laying the groundwork for such a crusade for years, coordinating with Google and the Anti-Defamation League to repurpose an algorithm designed to “redirect” Islamic extremists to more ‘wholesome’ pursuits (presumably ratting out their colleagues, as without snitches the FBI wouldn’t have jobs), turning their weapons of tolerance on the dubiously threatening “white nationalist” community.

Between deploying “undercover social workers” and serving YouTube binge-watchers with anti-extremist content, search giant Google has insisted its previous efforts to turn would-be members of Islamic State terror group (IS, formerly ISIS/ISIL) have been successful, not only driving budding suicide bombers away from their newfound cause but collecting reams of personal data as well – data it quietly serves up to law enforcement just in case the individual in question decides to go rogue after all.

However, despite the FBI’s ongoing pearl-clutching about white supremacist murderers – supposedly a greater threat to Americans than Islamic extremists this year – the narrative quietly leaves out the part where a Muslim gunman in Boulder, Colorado shot dead 10 white grocery shoppers. The shocking incident was quietly dismissed from the paradigm of America’s allegedly white-supremacist-plagued domestic extremist terrain when it turned out the “bad white man with a gun” was actually a Syrian immigrant.

The insistence on debating that shooter’s race rather than the fact that he killed 10 people didn’t seem to strike anyone in the gun control community as unusual. Indeed, an entire side conversation spun off as to whether the killer should be classified as white, black, Muslim, or some other ethnic minority. Conversations about “trying desperately to make sense of the world in tumultuous times” were written off as passé. Yet nine out of ten individuals one encounters on the street are almost guaranteed to be more concerned with “making sense of the world in tumultuous times” rather than who’s eating whose babies and other inane minutiae – raising eyebrows and questions about the real reasons the US can’t seem to pull itself out of its racially-baffled death spiral as the economy rockets toward zero and mass homelessness looms on the horizon.

FBI Director Wray may believe the “domestic terror threat within the US” is “metastasizing,” but it is in fact the threat his own agency poses that is truly the cancer reproducing at warp speed throughout American lymph nodes. If it isn’t neutralized, the country will not recover.