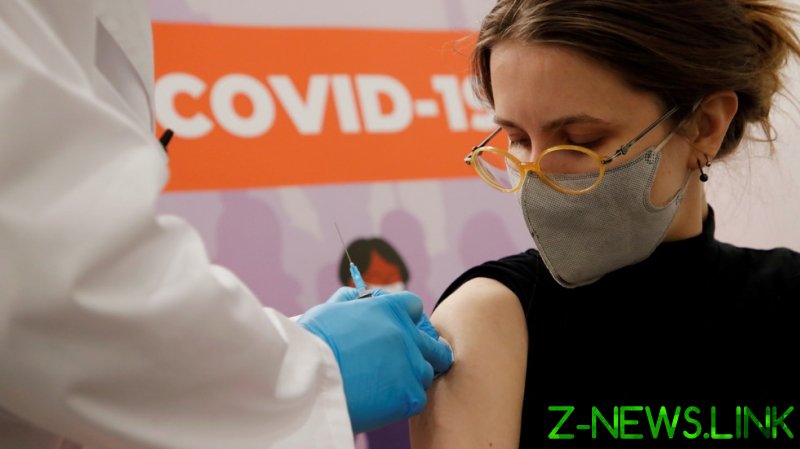 The team of Russian researchers analyzed the data from nearly 14,000 patients who had tested positive for the virus and were referred for a lung scan at two outpatient clinics in the country’s second most populous city between July 3 and August 9.

The study has shown that full vaccination is 81% effective at preventing hospitalizations, the authors wrote in a preprint that was published online on medRxiv on Wednesday and is yet to be peer-reviewed.

They relied on the self-reporting of vaccination status, during which 1,291 patients said they were fully vaccinated. Researchers asked about inoculation dates and the number of doses, but did not gather information on what vaccines were used.

According to St. Petersburg health officials, out of the city’s residents that received at least one dose of the vaccine, 96% were vaccinated with Sputnik V as of July 27. “It is safe to assume that our study approximates the effectiveness of Gam-COVID-Vac,” the authors of the study wrote, using the production name of Sputnik V.

Russia is currently grappling with the third wave of infections, with the more contagious and lethal Delta variant of the virus prevalent in St. Petersburg. Aleksey Kuznetsov, a senior health ministry official, confirmed on Thursday, that the Delta variant is responsible for the rise in cases across Russia between June and August.

Sputnik V and its single-dose version Sputnik Light were developed by the Moscow-based Gamaleya National Center for Epidemiology and Microbiology. The center’s head, Alexander Gintsburg, told the media this month his team has been working to modify the vaccine for use against the Delta variant.

Nature magazine, a leading British-based scientific journal, wrote in July that the existing evidence suggested that Sputnik V is safe and effective against Covid-19. The vaccine has been approved for emergency use in around 70 countries around the world, but is still to be authorized by either the World Health Organization (WHO) or the EU’s drug regulator, the European Medicines Agency (EMA).

Russian officials behind the vaccine have argued that political bias and competition stood in the way of Sputnik V hitting the West European market. Australian epidemiologist Mike Toole told RT this month that politics may have played a role in the EMA not greenlighting the use of Sputnik V despite no reports of it causing rare adverse side effects such as blood clots, which were linked to the vaccines made by AstraZeneca/Oxford and Johnson & Johnson.