Home / WORLD / As Covid-19 rages, capitalist elites ignore the working class. They forget that, until all are safe, none are

As Covid-19 rages, capitalist elites ignore the working class. They forget that, until all are safe, none are 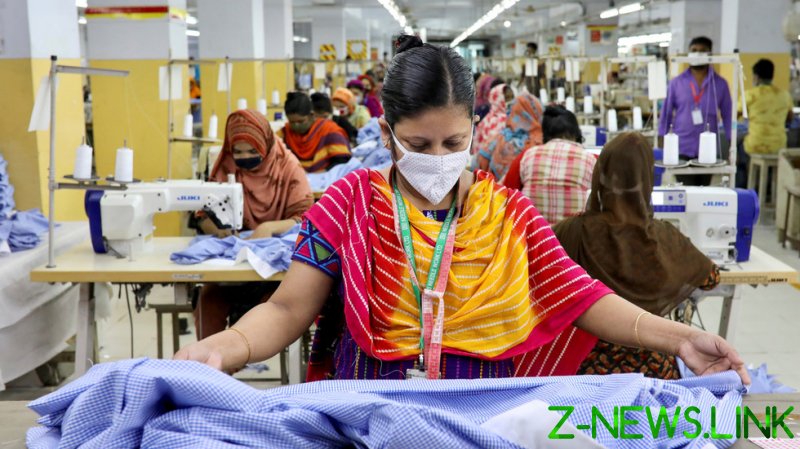 Karl Marx wrote in 1848, “The need of a constantly expanding market for its products chases the bourgeoisie over the entire surface of the globe. It must nestle everywhere, settle everywhere, establish connections everywhere.”

This was not a prediction, not even a political ideology, but economic theory. Karl Marx understood the economics of capitalism, that it needs to open every inch of the globe up as a market in order to stay competitive and relevant to the bourgeoisie. If the capitalist class, the political class and the media class are to survive in their six-star lifestyles they must compete and advocate the race to the bottom in wages, and conditions. This pits the international working class against each other as manufacturing jobs are held over those politicians’ heads by captains of industry for better sweeteners and tax breaks. Exclusive global cities like London, Dubai, New York, and Singapore as playgrounds for the global elite are more than happy to oblige, with their collaborators in the global media playing their part by ramping up every bourgeoisie tantrum and every politically staged moment into a binary catastrophe of good vs evil.

Over the last 40 years these shenanigans have left the international working class with less and less power as we see our struggles as politically local and binary, disconnected from the international bourgeoisie. Like the Devil, their power is greatest when they are invisible. But Covid-19 is now chasing capitalism and the bourgeoisie, it is snapping at their tails – the race to the bottom in wages and conditions has left countries socially and ethically impoverished. Wealthy countries have had Covid-19 rip through the poorest communities but, like any other disease, it cannot be contained and eventually impacts those with the most resources.

I remember understanding this for the first time many years ago when I was in my local church in the Lace Market in Nottingham City centre – I went in to look at a beautiful stained glass window in what was once ‘the women’s section’ of the church. The window told the story of a young girl becoming sick, dying and then going up to heaven and turning into an angel. It is a beautiful piece of art with incredible craftsmanship, I later found out that this window was paid for and commissioned by a wealthy local businessman and factory owner within the Lace Market area whose daughter had died in 1918 shortly after her wedding day.

At this time, influenza was ripping its way through Nottingham’s overcrowded and poverty stricken communities. Over 6,000 people died in Nottingham of what was called the Spanish flu in one month.The rich factory owner had thought his family and his favourite daughter would remain untouched by the disease that was hitting the lower classes and, of course, his own factory workers because of their overcrowding and unsanitary living conditions. But he was wrong and learned the lesson that is at the centre of all working-class struggle, no one is safe until everyone is safe.

The wealthiest countries are racing to get their populations vaccinated against coronavirus, playing politics with each other and their populations, creating false political binary and scoring political points off each other while the media tries to keep us compliant with constantly pointless breaking news. All while the international working class and the global poor are being forgotten about, but until they are also safe, and their conditions, and their lives are levelled up, none of us are safe.

The working class all over the world have far more in common with each other than they do with the bourgeoisie in business, politics and the media within their own borders. Covid-19 has taken millions from us – but we cannot allow the global bourgeoisie to play their divisive games using nationalism, or narratives of political catastrophe to fool us. Let us not side with our countries or one flavour of politician – let us unite in the class war – and let us see through the luxury the political, media, and business bourgeoisie enjoy for what they really are – scared and incompetent.