Home / WORLD / As Chicagoans keep getting shot, mayor Lightfoot doubles down on racist media policy of talking only to non-white reporters

As Chicagoans keep getting shot, mayor Lightfoot doubles down on racist media policy of talking only to non-white reporters 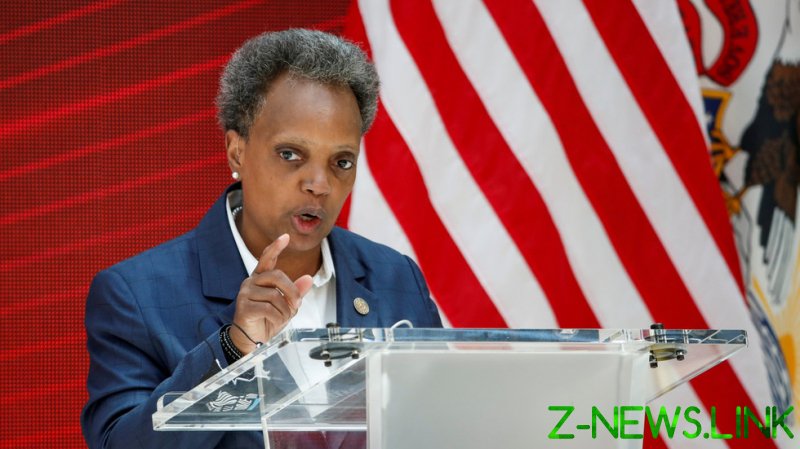 Lightfoot caused a stir in May, when she offered one-on-one interviews “only to Black or Brown journalists.” The decision has drawn criticism even from her fellow Democrats, while a reporter from the conservative-leaning Daily Caller filed a lawsuit, which the mayor has called “completely frivolous.”

“I would absolutely do it again. I’m unapologetic about it because it spurred a very important conversation, a conversation that needed to happen, that should have happened a long time ago,” Lightfoot said while appearing on a New York Times podcast, released on Monday.

“When I look across the podium, whether I’m in a formal press conference or I’m out in the neighborhood, the reporters who show up are invariably, overwhelmingly white,” she added.

Back in May, she argued that the media must change to better reflect diversity and inclusion, which are “imperative across all institutions,” and “build teams that reflect the make-up of our city.”

Lightfoot is Chicago’s first black female and openly gay mayor. She was elected in April 2019, with more than 73% of the vote across all 50 wards. Since then, however, she has been criticized for failure to stop a rising wave of violent crime, gun violence in particular.

At least 29 people have been shot in the city over the weekend, seven of whom have died, according to a round-up by the conservative outlet Breitbart, citing local media. That’s on top of 13 people shot on Thursday and another 30 last Wednesday.

Lightfoot has blamed the violence on firearms illegally brought to Chicago – which, like the rest of Illinois, has stringent gun control laws – from neighboring Indiana. Meanwhile, she has focused on racism as the “public health crisis” that threatens the city, directing nearly $10 million in federal Covid-19 relief to “equity zones” administered by nonprofit activists.

Announcing a tentative deal with the police union on Monday – to replace the old one that expired in 2017 – Lightfoot focused on the provision ending the ban on investigating anonymous complaints about police misconduct. She also deflected questions about her re-election efforts, saying now was “not the time” to focus on that. Meanwhile, her campaign has tweeted about taking steps to “build a local and national supporter base for our reelection fund” that they intend to work “aggressively” to fundraise ahead of the election.