Home / Video news / As Carpenter had an argument with “Minister” “LNR”. Video

As Carpenter had an argument with “Minister” “LNR”. Video 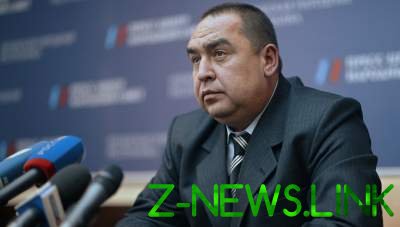 A quarrel began the actions of the Ukrainian DRG.

The leader of terrorists of “LNR” Igor Plotnitsky and the so-called “Minister of internal Affairs of LNR” Igor Kornet had a fight at the meeting of the so-called “people’s Council “LNR”.

Cornet has reported about the detention of Ukrainian saboteurs and disclosure of the assassination attempt on the so-called Deputy Minister of “DNR”. This Carpenter said that “LPR” was not prevented a series of acts of sabotage and assassinations of terrorist leaders, in particular, to himself.

See also:  The woman had a seizure after refusing to concessionary fares. Video

In addition, one of the deputies of the “people’s Council”, accused the Cornet that he lives in a strange apartment and not let the legitimate owner of her house. All documents in the apartment she has.

“In the summer of 2014, many residents of Lugansk, in connection with the fighting, was forced to leave his home. After returning home, some owners faced with this problem, that their houses were occupied by unknown persons. Thus, a resident of the city of Lugansk Kvitova Nina found out that her house is home to you – the Minister of internal Affairs”, – said Vladimir Sankin.

See also:  In Moscow there was an unusual decoration for the Christmas tree. Video

This cornet has promised to give a written answer.