Home / WORLD / As Bill and Melinda Gates split up, it’s time to divorce the Microsoft billionaire from calling the Covid shots for us

As Bill and Melinda Gates split up, it’s time to divorce the Microsoft billionaire from calling the Covid shots for us 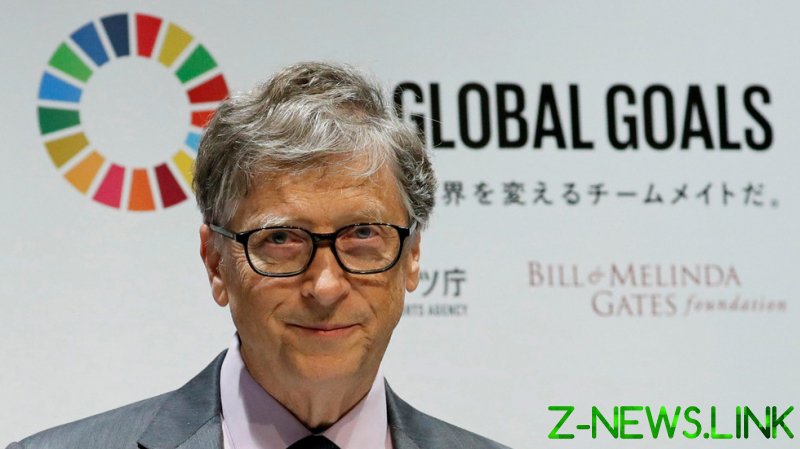 Gates and his wife of 27 years, Melinda, announced on Monday that they are divorcing. They will continue to run the foundation that bears both of their names, “but we no longer believe we can grow together as a couple in the next phase of our lives.”

It happens. There were something like 750,000 divorces in America in 2019 – according to the latest federal statistics – and some of them involved powerful people. Amazon founder Jeff Bezos, the world’s richest person, split with his wife in 2019 and divided up a fortune valued at about $150 billion at the time.

Gates is still a rich software magnate who built a fortune, largely by wielding monopoly-like leverage to block competition, and deserves whatever respect that accomplishment affords. But he’s not God. As his impending divorce should remind everyone, he doesn’t have all the answers.

That’s particularly true when it comes to public health policy and medicine. Gates, the son of a Planned Parenthood director, isn’t an expert on vaccines. He dropped out of Harvard to start Microsoft. He’s a health care philanthropist with a particular point of view.

Yet the mainstream media treats Gates not only as if he’s all-knowing – on issues ranging from climate change to bioterrorism – but also all-deciding. In interview after interview, the population-control advocate opines on vaccine rollouts and other public health strategies to deal with the Covid-19 pandemic. It’s almost as if he’s given the power to decide who lives and who dies.

Except maybe it’s not almost. With Covid-19 deaths running rampant in India and pressure increasing to waive patent restrictions, which would allow poor countries to produce desperately needed vaccines for themselves, Gates essentially said “tough.”

“The thing that’s holding things back in this case is not intellectual property,” Gates told Sky News. “It’s not like there’s some idle vaccine factory, with regulatory approval, that makes magically safe vaccines. You know, you’ve got to do the trial on these things. Every manufacturing process has to be looked at in a very careful way.”

The elected leaders of India and South Africa, among other countries, would beg to differ. For now, they’ll go on begging for vaccines and licensing permissions. But not to worry: Gates said it will probably take less than a decade this time around for poor nations to get the jabs, and he’s given Americans permission to hope for their lives returning to something resembling “normal” by the end of 2022.

The deference to Gates on topics such as the virus or climate change is even more stark when contrasted to treatment of other celebrities – such as podcast host Joe Rogan. For daring to say healthy young people don’t need to get Covid-19 vaccines, he was slammed by the corporate media, celebrities, even the great media darling of the pandemic, Dr. Anthony Fauci and the White House.

One particular tweet exposing the hypocrisy showed a NBC article with the headline, “Joe Rogan, who’s not a doctor, gives terrible vaccine advice” next to a Yahoo Finance article titled, “Five things Bill Gates wants you to know about Covid-19 variants.”

“Being a billionaire doesn’t make you a doctor,” as conservative commentator Candace Owens pointed out.  Nor does it make you objective or trusted by the public to make policy decisions on their behalf. Unlike elected officials, Gates has zero accountability to the people whom his maneuverings and pronouncements affect.

That was all clear enough before today’s divorce news, but sometimes it’s good for the world to get a reminder that those flawed people who presume to be in charge are really only playing a confidence game. Sorry propagandists. Even for Gates, the limits of office and expertise must apply.