Home / WORLD / As an American who recently received Russian citizenship, the decision has made me cherish conservative values more than ever

As an American who recently received Russian citizenship, the decision has made me cherish conservative values more than ever 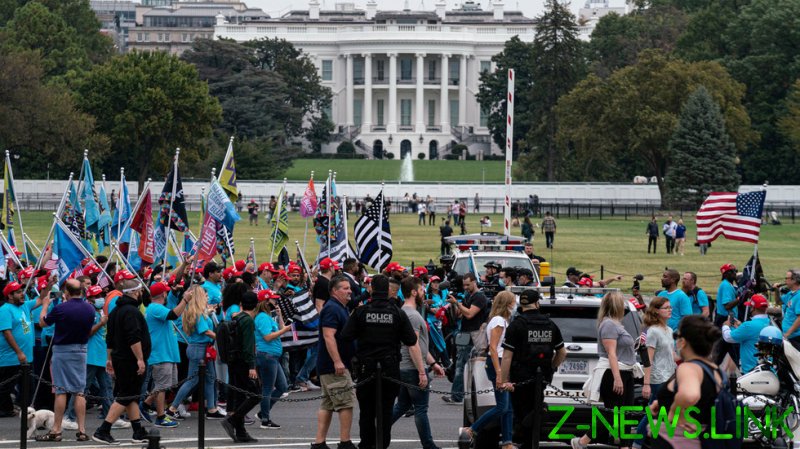 In 1995, having just left a cushy cubicle job in Pittsburgh, Pennsylvania, out of mind-numbing boredom, I received an invitation to visit Russia. It was the dead of winter, so how could I refuse? When the wheels of that Air France flight touched down at Sheremetyevo Airport in the middle of a blinding snowstorm 25 years ago, Boris Yeltsin was the president of a country reeling from the birth pains of democratic upheaval. The capital of Moscow, struggling to find its way in a world turned dog-eat-dog capitalist overnight, was in a volatile state of constant flux and tumult. In other words, Russia was exactly the sort of place I was looking for at a time when my own life was so confused.

Twenty-five years later, my roots are down; I am still based in Moscow, as is my family and my job. The only thing I needed to complete this picture of domestic bliss was a Russian passport. Thus, earlier this year, with the invaluable help of colleagues, I began the daunting task of applying for citizenship. Finally, after waiting weeks for a pile of documents to clear various desks, I was handed a Russian passport by a friendly female clerk at a migration office on the outskirts of the city; a somewhat anticlimactic ending to the whole ordeal, yet an unforgettable one nonetheless.

But that was not the end of the story. What began as a largely practical move – getting Russian citizenship to avoid the hassle of applying for a visa every year – has turned into an inevitable bit of soul searching. The question began to nag at me: what else could prompt a staunch American conservative to seek citizenship in Russia, of all places?

First, Russia is not the same country that I visited for the first time many years ago, nor is the United States the same country that I left. Radical changes have occurred in both places in that short period of time. For Russia, many of the changes have been ‘cosmetic’ as modern urban areas have arisen out of the ruins of a vanquished Soviet past. I’ve witnessed those material changes firsthand and still find it hard to believe they occurred as rapidly as they did (and not just in Moscow, as the perennial detractors like to say). Equally important, I would argue, is that amid this dizzying Russian renaissance the country has maintained a firm commitment to conservative values.

By way of example, I will just mention one: Russia’s passage of a federal law entitled, ‘For the Purpose of Protecting Children from Information Advocating for a Denial of Traditional Family Values’. Approved unanimously by the Duma on June 11, 2013, and accepted overwhelmingly by the Russian people, the legislation imposes stiff fines for businesses or persons who are found guilty of distributing “propaganda of non-traditional sexual relationships” among minors.

Contrary to what was written in the Western media about this so-called ‘anti-gay’ law, it does not infringe on the rights of any person due to their particular sexual orientation. The law ‘only’ serves to protect the most vulnerable members of any society, the children.

It is the opinion here (although I look forward to reading any intelligent comments below) that many Americans would welcome such a law without hesitation if given half a choice in the matter. What they have received instead, however, was exactly the opposite. Over the span of several years, the United States has been visited by an array of extremely radical liberal experiments, one of them being the transgender movement.

For the uninitiated, this idea postulates the unscientific claim that gender is a fluid concept not determined by biology, but rather by the feelings and orientations of each individual person. This has led to numerous turf battles over questions with regards to the use of pronouns, whether or not it is acceptable for adolescents to undergo irreversible sex-change operations, and should biological males who ‘identify’ as females be allowed to use the women’s bathroom.

In other words, yet more battle lines being carved across the country, dividing Americans further against each other. To complicate matters even more, transgender lessons are being taught to elementary grade children in the public school system. Needless to say, this is an unmitigated nightmare for any person of strong conservative convictions, of which there are millions in the US.

Transgender ideology, however, is just one part of a multilayered progressive cake being smashed into the face of the American people; a veritable wedding reception custom made in hell, if you will. Consider, for example, the question of ‘critical race theory’, yet another alien arrival on the US political stage that lectures, in the prejudiced words of one of its teaching brochures, that “virtually all white people contribute to racism.”

In other words, if you are white, you are most likely a white supremacist just itching to come out of the closet in Ku Klux Klan attire. Incredibly, such dangerous and divisive ideas were being taught to employees inside of the US government until the Trump administration ended the practice this year (as it did with Obama’s revolting ‘toilet law’, incidentally).

In fact, for many Americans, the Trump administration represents the last bulwark – and a fragile one at that – against a tidal wave of hyper-liberal programs bearing down on the nation like a Category 5 hurricane.

One of the most controversial is the question of securing the US-Mexico border, the very hot-button issue that got Donald Trump elected into the White House to begin with. Can anyone remember the last time a Russian politician got far with voters by pushing to open the border with China, for example? Personally, I cannot name a single one. And refusing to do so does not make Russia ‘racist’, which is the charge now being hurled against the wall-building Republicans.

Now, unless the Republicans are successful in reversing the outcome of the 2020 presidential election in the courts, the American people can expect Joe Biden and Kamala Harris to usher in an age of aggressive ‘progressive’ liberalism – complete with a porous US border – that will make the country even more unrecognizable than it is now.

And here is the rusty catch that makes these ultra-progressive programs all the more disagreeable and decidedly undemocratic: they did NOT come about as the result of a nationwide grassroots movement; instead they trickled down to the impressionable masses from the corporate and political rooftops.

Furthermore, any person who dares speak out against these radical concepts is subjected to a brutal ‘cancel’ campaign, the blunt-force object with which the ‘woke’ left destroys any and all dissenters. With the full complicity of Silicon Valley and the mainstream media, monolithic organizations that dutifully serve on behalf of liberals as omnipotent censors and promulgators of disinformation, conservative ideology is being ruthlessly expunged from the American landscape.

Personally, I did not seek Russian citizenship due to any overt political reasons, nor do I feel any love lost for my native country. In fact, I truly pray the United States enjoys future success, so long as it is not achieved at the expense of other nations. At the same time, however, watching what is happening to the US in general, and to American conservative ideology in particular, makes me believe with absolute certainty that my birth nation is heading for an epic crash. It is simply naïve for one half of the country to think they can impose their radical experiments upon the other half through outright coercion and censorship without triggering the mother of all backlashes down the road.

If living in Russia for all these years has taught me anything, it is to cherish conservative ideology as a fragile gift that the destructive forces of liberalism constantly seek to overthrow, and for reasons I will never completely understand.