As America’s attempt to Westernise Afghanistan by force fails, Kabul may now find its place in Russian & Chinese-dominated Eurasia 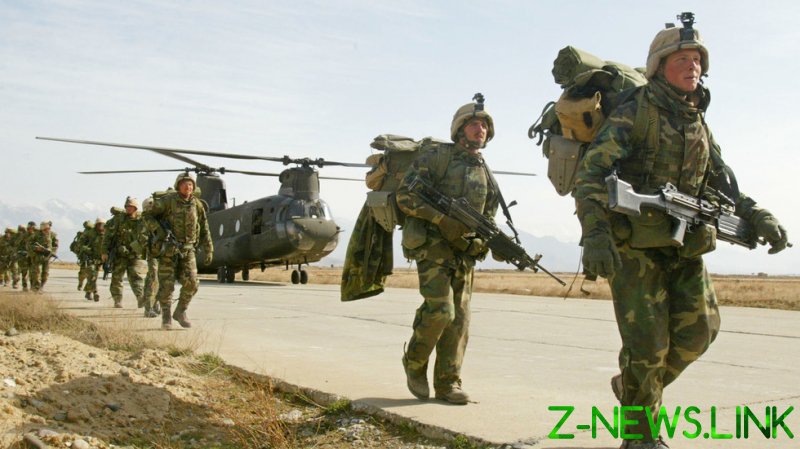 One of the last bastions of Euro-Atlantic influence in the Eurasian heartland has collapsed. As the US and its allies absorb the consequences of their defeat in Afghanistan, the major powers on the continent, such as Russia, China and Iran, will attempt to reorient the country towards a solution consistent with the Greater Eurasian Partnership.

A long way from Washington

The world has changed remarkably over the past two decades. The US was at the height of its power when it invaded Afghanistan at the end of 2001, and its unchecked capabilities were matched by the grand ambitions of reshaping the entire world in its own image.

Military action in the Central Asian nation was ostensibly in response to the September 11 terrorist attacks, although the nation-building that followed encompassed greater ideological and geostrategic ambitions. The US, as a liberal hegemon, was intent on converting Afghanistan into a democratic state allied with Washington.

Besides imposing its own system of governance on Afghanistan, it was also open about the strategic significance of expanding US military presence and influence in the Central Asian region to contain the influence and power of both Russia and China. While Moscow, Beijing and Tehran shared Washington’s objective of a peaceful and stable Afghanistan, they all opposed the American military footprint and hegemonic ambitions.

Strengthening US influence in the Central Asian region was deemed important to prevent the emergence of potential rivals – a strategic imperative of a global hegemon. Zbigniew Brzezinski advocated a US hegemonic strategy on the great Eurasian continent that aimed “to prevent collusion and maintain security dependence among the vassals, to keep tributaries pliant and protected, and keep the barbarians from coming together”. As US power declines, the security guarantees become unreliable, political loyalties towards Washington diminish, and its adversaries gain influence.

Now, 20 years after invading Afghanistan, the world has changed and the US is now in relative decline. Continuous warfare has been a drain on its resources, and its military commitments are overextended and appear increasingly unsustainable.

The humiliating defeat in Afghanistan has also inflicted irreparable damage on liberal interventionism. The scenes from Kabul, reminiscent of Saigon, will make it difficult for Washington to convince its already war-weary public to support another military campaign in the name of spreading its values. Allies of the US that invested two decades of blood and money in the nation-building operation will likely be more hesitant to take part in similar military adventurism in the future, now they know it can be abandoned on a whim.

The ability to recruit locals to put themselves on the frontline has also diminished. Afghans who co-operated with the US will likely suffer greatly in the time ahead. While frontline states of a global hegemon can enjoy very favourable conditions, the frontline states of a declining hegemon risk being thrown under the bus. Much like the former US-backed government in Kabul, the Kurds, Hong Kong, Ukraine, Taiwan and other partners on America’s global frontlines will enjoy less support and could suddenly be abandoned as US power fades and Washington must revert to pragmatism.

Following NATO’s defeat, the major regional powers such as Russia, China and Iran must respond to the insecurity of a Taliban-controlled Afghanistan. An extremist Islamic government in their region is a profound challenge, and these countries are now scrambling for a tenable post-NATO solutions.

The end of NATO’s presence also presents opportunities, as states in the region that previously looked towards the US as a security provider must now rely on the regional powers. In a case in point, Russia is filling the power vacuum in Central Asia by strengthening the defence of neighbouring Tajikistan and Uzbekistan in response to the risk of Islamic fundamentalists using Afghanistan as a staging ground for destabilising Central Asia.

However, both Russia and China are aiming for a cordial relationship with the new Afghanistan. While Western governments have rapidly evacuated their embassies and fled the country, it is noteworthy that Russia and China are keeping their diplomatic missions in place. Over the past weeks, both Moscow and Beijing have engaged in diplomacy with the Taliban to reach agreements for peaceful co-existence in the neighbourhood. Co-operation from China and Russia will depend on the Taliban abiding by the commitments it has made over the past weeks.

There is reason for optimism. The Taliban has referred to China as a “friend” and welcomed Chinese investments in reconstruction, while the new government in Kabul is also attempting to reassure Russia of its benign intentions. It is not yet clear if the Taliban will take political responsibility and whether the current non-threatening posture towards Russia and China may be only temporary, while it consolidates power.

However, the Greater Eurasian Partnership appears to be the best path for a stable and peaceful Afghanistan. After four decades of war, the Taliban needs to restore some degree of prosperity and peace.

Rather than occupying the country and imposing foreign values, Russia and China aim to align Afghanistan’s interests with that of Greater Eurasia – integration, not domination. While US efforts to establish hegemony with military power failed, China’s Belt and Road Initiative and other co-operative programmes under the Greater Eurasian Partnership may convince the Taliban it shares a common future with the wider region.