Home / WORLD / As American forces leave Afghanistan, Russia may find itself squaring off with the Taliban in defence of its Central Asian allies

As American forces leave Afghanistan, Russia may find itself squaring off with the Taliban in defence of its Central Asian allies 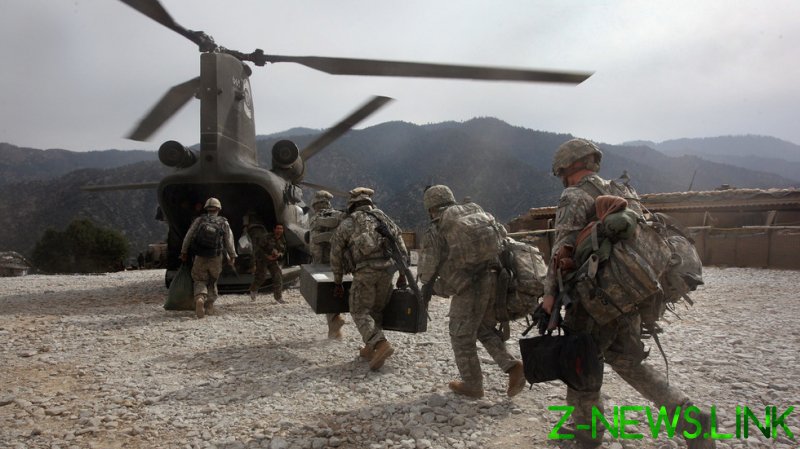 Just over 22 years ago, on 15 February 1989, the last few troops of the “Limited Contingent of Soviet Troops in Afghanistan” crossed over the Bridge of Friendship linking Afghanistan and Uzbekistan, then a part of the USSR. With that, Moscow’s military campaign in the mountainous nation came to an end.

This week, fighters were once again flowing northwards out of Afghanistan, although for somewhat different reasons. As the United States wraps up its own failed military operation in Central Asia, Taliban insurgent forces have been steadily advancing. In the past few weeks, they have captured more than 100 districts in Afghanistan. About half the country is now in Taliban hands.

Despite billions of dollars of support from American taxpayers, many Afghan government forces now seem to be giving up the fight. On Monday, news emerged that over 1,000 of Kabul’s troops had crossed the border into neighbouring Tajikistan in order to “save their own lives.”

The British state broadcaster the BBC reports that “the retreat is the third time Afghan soldiers have fled to Tajikistan over the past three days and the fifth time over the past fortnight. In total, nearly 1,600 soldiers have crossed the border.” More may follow. Afghan morale seems low and the wholesale collapse of the Afghan army is not beyond the bounds of possibility.

As yet, Russia does not seem too concerned in this regard. While the Afghan government’s position is perilous, it retains control of the major population centres, and the Taliban has yet to show it can capture and hold a major city. Following the Soviet withdrawal from Afghanistan in 1989, the government held onto the largest towns in the country for several years before losing control.

As long as the Soviet Union kept sending money, it was able to use the funds in question to buy the loyalty of key warlords and stay in power. The regime fell only when the Soviet Union collapsed and Boris Yeltsin’s Russian government refused to provide further cash. Historical parallels are never exact, but this does suggest that the current Afghan state might be able to hold on as long as the Americans keep paying for it.

That said, beyond a certain sense of schadenfreude at seeing the Americans back off in defeat, it’s unlikely the Kremlin is viewing events in Afghanistan with a great deal of pleasure. Instability in one country breeds instability in others. While neighbouring Tajikistan, a former Soviet Republic and important regional ally for Russia, is currently politically stable, it endured a bloody civil war from 1992 to 1997 in which some 20,000 to 100,000 were killed and 10 to 20% of the population was displaced. Rebel forces were able to use Afghanistan as a base and received support from the Afghan warlord Ahmad Shah Massoud.

There will undoubtedly be concerns in Moscow that events could now repeat themselves and that the growing chaos in Afghanistan will threaten life beyond the frontier. As Professor Andrey Kazantsev of the Higher School of Economics in Moscow told the newspaper Vedomosti, if the situation in Afghanistan gets worse, “hundreds or even thousands Islamist fighters will try to cross the border with the aim of destabilizing Tajikistan.”

While this does not directly endanger Russia, Moscow will not want to see Islamic groups gaining a foothold in any territory close to Russia, especially given the country’s own recent domestic history of Islamic terrorism. The Kremlin therefore has a strong interest in ensuring Tajikistan’s continued stability.

To this end, Russian president Vladimir Putin talked by telephone with the presidents of Tajikistan and Uzbekistan and promised to help the Tajiks to secure their border, if necessary, by sending additional troops. Russia has a military base in Tajikistan, which, according to Deputy Foreign Minister Andrey Rudenko is “fully equipped to provide assistance to the country if the need arises.” “If the situation requires additional efforts, they will be undertaken,” he added.

It is unlikely that events will spiral out of control to the extent that Tajikistan requests Russian assistance through the CSTO, but the fact that both Armenia (which recently fought a war with Azerbaijan in Nagorno-Karabakh) and Tajikistan (which currently faces a threat from irregular forces in Afghanistan) are members of the pact indicates that there are serious challenges facing states of the former Soviet Union.

It also reveals the importance of Moscow as a guarantor of regional security. With the United States on the retreat, there is no state other than Russia with the military capacity to play this role in the Caucasus and Central Asia. Both in brokering a peace settlement between Armenia and Azerbaijan, and in offering aid to Tajikistan, Russia is stepping up to this role.

No doubt this will cause alarm in some circles in Washington, who will view Russia’s influence in parts of the former Soviet Union as geopolitically undesirable. From the point of view of regional security, however, it is difficult to see how it is harmful.

Seen from Moscow’s perspective, it shows that, while the growing chaos in Afghanistan poses some serious challenges, it also provides a diplomatic opportunity to prove Russia’s continued relevance on the international stage.