As America confronts its anti-white ‘woke’ moment, is ‘cancel culture’ just a euphemism for genocide? 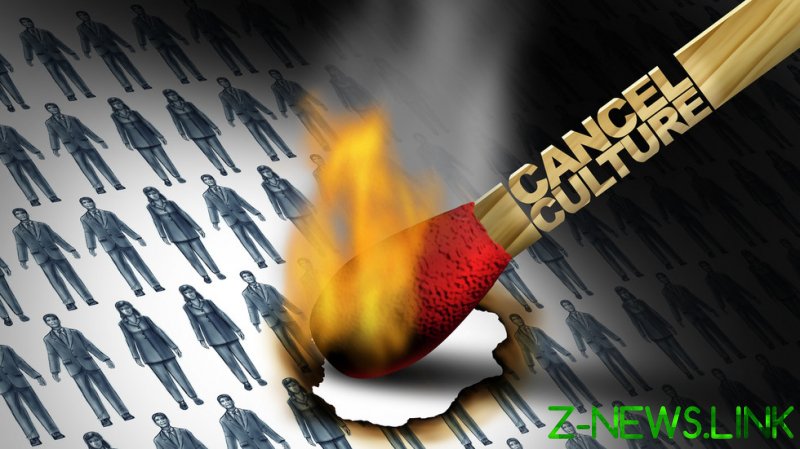 In the beginning, it seemed reasonable to dismiss ‘cancel culture’ as a bad joke, symptomatic of Trump Derangement Syndrome, a very real clinical condition known for unhinging even the brightest minds. But the joke was told years ago, and nobody is laughing anymore.

The first sign that something sinister had infected the left side of the American cranium occurred in the unlikeliest of places: the college campus, the manicured citadel of free thought and expression where the very idea of censorship is wholly repugnant. But that was yesterday. Today, university students consider it their solemn duty to silence any individual or individuals who do not share their (liberal) worldview. Peak insanity occurred in February 2017, when violent protesters hurled rocks and torched buildings at the University of California, Berkeley to prevent conservative speakers – including controversial commentator Milo Yiannopoulos – from addressing a group of students. From there, it was off to the insanity races.

In the wake of this collegiate brain rot, said to have taken root during World War II with the arrival of ‘Cultural Marxists’ from Germany to America’s unsuspecting shores, statues in the town square are being toppled, ‘offensive’ corporate logos removed, and historical works of American art and literature forever shelved; even being so bold as to suggest that ‘2+2=4’ risks turning a person into a social pariah.

Meanwhile, the honorable desire for building a meritocracy – which, according to the inquisition, stinks to high heaven of white supremacy and privilege – has been replaced by a politically correct mediocrity. In other words, America is on the express lane to Idiocracy, population 330 million.

This cult-like craze, where the bigots are engaged in a strange competition to find new things to rage about, is no longer a campus activity. With the introduction of ‘critical race theory’, another damaged product of the academic brain that teaches that all white people are inherently racist, the corporate world has gone full-blown woke to the point where Coca-Cola, when it is not pushing alternative sexual lifestyles on children, is instructing its workforce to “be less white.”

Meanwhile, United Airlines recently announced it will be culling white male pilots in the cockpit in favor of minority groups, because I guess enough planes are not crashing. That is not to suggest that the flying skills of minorities are somehow inferior to those of white males, but rather that nothing good ever comes when it is forced from above.

While this inquisition is obsessed with purging from American society any hint of ‘racism,’ or favoritism towards whites, it never pauses to consider that these ‘final solutions’ are fomenting a new sort of racism, this time against the white population. Although it may fly in the face of the new woke math, two wrongs will never make a right.

In a timely and thoughtful article on the subject, the conservative commentator Victor Davis Hanson forwarded a question that must be on a lot of minds these days: “Can the great ‘awokening’ succeed?” Perhaps even more to the point is, what happens if it does?

Examining the situation with Orwell’s ‘Animal Farm’ in mind, Hanson suggests that Wokeism takes it on faith that the white population in these post-George Floyd times will quietly agree with the position that “some discrimination is good and different from other discrimination.” In other words, although most people agree that the former racism against blacks was wrong, the sort of racism now targeting white people in the name of ‘social justice’ and the ‘common good’ is an entirely different animal, and one that even white people will agree is acceptable.

Under such improbable circumstances, Hanson continues, it will seem natural to toss around with reckless abandon terms like “whiteness,” “white privilege,” “white supremacy,” and “white terrorists” about all 230 million American whites, “in a way that it would be terribly wrong to talk pejoratively and collectively in terms of any other group.”

Hanson asks if whites in the United States will happily condone blatant discrimination where, as just two examples, “criminal suspects shall not be identified by race unless they are white,” while, at the same time, America’s most elite colleges can justify restricting “white admissions to around 30-40 percent of their incoming classes?” Hanson is of the opinion they will not, but offers no hint as to what that refusal may entail, aside from some self-inflicted damage. And here is where it may be forgotten that white liberals were themselves responsible for the woke movement in the first place.

“The liberal white elite class engineered a system of woke racialism that they assumed rested on some sort of unspoken 70 percent white” who would absorb the brunt of the anti-white inquisition, Hanson reasons. “[The woke white elite] did not sign up for a 30-40 percent white allotment that cuts into the white woke; that is, the good and the morally superior whites.” From this perspective, white elites pushed their woke agenda for self-gain while never suspecting that one day, much like Dr. Frankenstein, their hideous creation would one day return to devour them.

For all the brilliance of Hanson’s insight into the disturbing woke phenomenon, he missed a point that I believe needs emphasizing. First, to subject an entire race of people to the most despicable sort of stereotypes, which portray whites as dyed-in-the-wool racists with little hope for rehabilitation, is unforgivable precisely because it is false. It is unfortunate that anyone would have to labor the point, but US history is simply loaded with too many examples of whites fighting on behalf of fairness and equality to go unmentioned. Yes, slavery was a horrible chapter in American history, but it cannot be discussed in a vacuum as though there was never a Civil War or a battle for civil rights, or affirmative action, for example, and many other pieces of legislation specifically designed to help minorities.

Second, it would appear that the entire woke brigade has learned nothing from the harsh lessons of history – which should come as no surprise, since universities have largely cancelled such invaluable studies, go figure – and what can come as a result of ruthlessly attacking a single race of people. Nobody can imagine a genocide happening today, any more than the Jews and gypsies could have imagined one occurring in the early days of Nazi Germany. But then again, nobody could have imagined just five years ago that white people in the United States would become the focal point of such an ugly ‘cancel culture’ hate campaign, largely fanned by an uncritical and complicit media.

Attacks of a racist nature against any group are simply disgusting, and it is shocking that such a thing is allowed to happen in America, one of the most racially diverse countries in the world. It should be remembered that the US did not become diversified by accident; it became that way because it was encouraged to happen by the American people, the majority of whom are (still) white.

It’s time to stop the race-baiting and find the real source of this racial discontentment before the United States finds itself with far worse problems to consider than the hidden racism of a Dr. Seuss book or the name of a pancake batter. The world is watching, America; get it together.