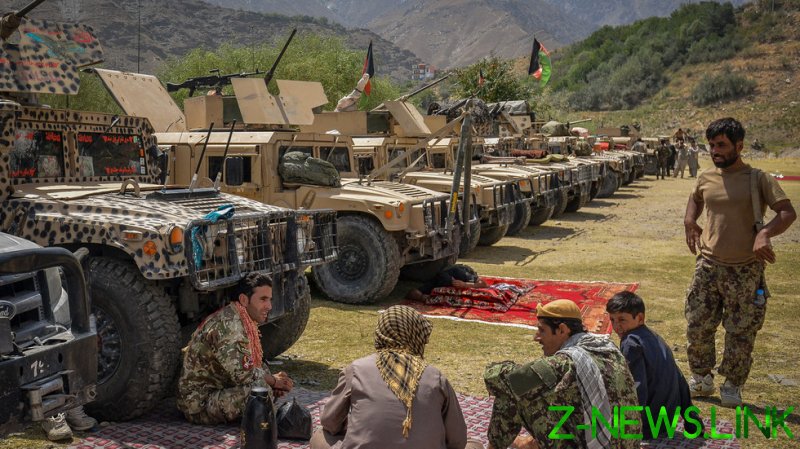 The House Armed Services Committee held a marathon session on Wednesday to markup the spending under the annual National Defense Authorization Act (NDAA). Lawmakers from both parties joined forces to defy President Joe Biden’s intention to keep the Pentagon budget at $715 billion for next year, essentially keeping it at the same level as last year. Instead, an extra $23.9 billion was set to be poured into weapons procurement, research and other areas.

The financial boost was proposed by Rep. Mike Rogers of Alabama, the ranking Republican member on the committee, who welcomed the passage of his proposal as a snub to Biden from his own party.

“The bipartisan adoption of my amendment sends a clear signal: the president’s budget submission was wholly inadequate to keep pace with a rising China and a re-emerging Russia,” he said.

“I hope this bipartisan, and now bicameral, move is understood by the Biden-Harris administration,” the Republican lawmaker added, referring to last month’s approval of a similar increase in defense spending by the Senate Armed Services Committee.

The increase of topline spending to $740 billion was passed against the objections of Armed Services Committee Chair Adam Smith of Washington. The Democrat argued that the extra money would disincentivize the Pentagon from curbing wastefulness.

Fourteen Democrats broke party ranks to vote with the GOP on Rogers’ amendment, securing passage 42-17. The cross-aisle supporters represent districts relying on military spending or have served in the military themselves. Provided the House and Senate Appropriations panels sign off on the budget increase, the additional funding will go primarily into shipbuilding, research and military construction.

The House markup session took place just after the US Afghanistan mission was formally ended this week. The pullout left over $6 billion in unspent funds in Pentagon coffers, which were allocated previously for the now-disbanded Afghan Security Forces. Those included some $600 million left unspent since FY2020, $2.3 billion from the current year and $3.3 billion requested for FY2022 and approved in June.

Afghanistan was prominent on the floor, with some of the proposed amendments directed at things like prohibiting US funding of the Taliban and demanding quarterly briefings from the Biden administration on the national security situation. There was also some wrangling over Republican attempts to hold the Democratic president accountable for the humiliatingly hasty and chaotic evacuation from Afghanistan. Chairman Smith pushed back against such voices, arguing that “if we’re going to honestly look at Afghanistan, we need to look at all 20 years.”

The two parties may clash on assigning the blame for the Afghanistan exit and other visible foreign policy blunders. But the bipartisan consensus on grading the Pentagon’s spending wishes remains as strong as ever, despite the department’s notorious inability to pass an audit and explain what the taxpayers are getting out of it.