As a result of attacks two fighters ATO were injured 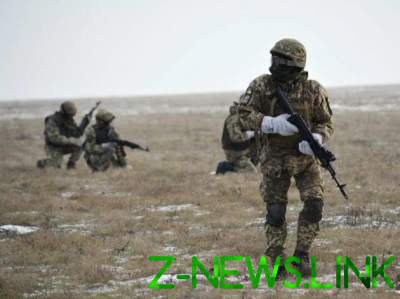 Over the past day the militants six times violated the truce.

The Russian occupation forces continue attacks of positions of forces of anti-terrorist operation and to pluck the agreements of the Tripartite contact group on ceasefire during new year and Christmas holidays. For the past day all the enemy’s fire activity was recorded on Donetsk direction.

Near Avdeevka militants violated the cease-fire from heavy machine guns and small arms. In the area of Varnetresk invaders used against our soldiers mortars caliber 82-mm infantry weapons. On the sea of Azov invaders also from 82-mm mortars, APCS, grenade launchers, machine guns and small arms fired at the Ukrainian defenders on the outskirts Gnutova. In addition, the enemy several times from the entire spectrum of infantry weapons shelled fortifications of the ATO forces in the Water.

In other areas of our defense of violations of the cease-fire was observed.

In General, over the past day, Russian-terrorist groups 6 times violated the ceasefire.

As a result of enemy attacks on two Ukrainian soldiers were slightly injured. Their health is satisfactory.